Texas Fan Wonders If Longhorns Can 'Call Up' QB From Satellite Campus - NESN.com Skip to content The Texas Longhorns have struggled to move the football since quarterback Davis Ash retired because of repeated head injuries, leading some fans to consider some rather outlandish solutions. One superfan openly wondered on the Longhorns’ Rivals.com message board if UT could “call up” a quarterback from a program within the state’s college system.

Unlike “Mhorny1,” you probably realize this is not allowed. Imagine if it were, though, and the entire system was fair game as a “feeder system” for the big schools? Texas could poach that standout linebacker from UTEP or exercise an option on the point guard at Texas-Pan American. The volleyball team could load up on the best blockers and hitters for a showdown with Baylor, or whoever the Longhorns’ volleyball rival is.

What an absolute mess that would be, huh?

When you’re in the Longhorns’ position, though, you tend to get desperate. Backup Tyrone Swoopes has been a disappointment, with Texas ranking 104th in passing in the nation, while coach Charlie Strong has ignored calls to lift freshman Jarrod Heard’s redshirt.

For what it’s worth, UTEP was outscored 55-3 by Louisiana Tech on Saturday and both of Texas-San Antonio’s quarterbacks tossed an interception in a 21-9 loss to New Mexico. So, sorry, Mhorny1. Even if it were allowed, the Longhorns probably wouldn’t be able to to find much help from the “minor leagues.” 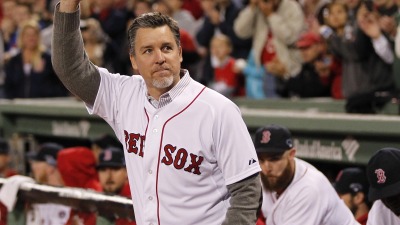