Tom Brady is probably used to having his face plastered all over the place as the spokesman for UGG, whether it be in magazines or on giant billboards.

But what about on a squash?

The Jack-O-Lantern Spectacular at Roger Williams Zoo in Providence, R.I., has a pumpkin on display with an image of the New England Patriots quarterback, and it’s pretty incredible.

If you want to see the pumpkin version of Brady for yourself, the Jack-O-Lantern Spectacular will be open until Nov. 2.

H/t to Next Impulse Sports

ESPN’s Stephen A. Smith, a diehard New York Giants fan, was forced to wear a Tony Romo jersey and Dallas Cowboys hat on his birthday after losing a bet to Skip Bayless. 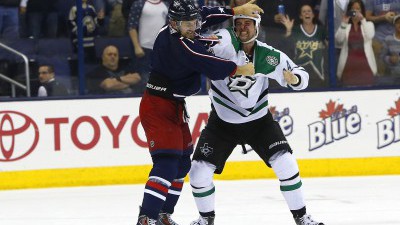