Roberts, in her first year on the job as director of the National Basketball Players Association, threw down the gauntlet by attacking the NBA’s salary structure in an ESPN The Magazine interview. Roberts called the salary cap system “un-American” and dismissed the 30 team owners as largely unnecessary to the success of the league.

“We couldn’t disagree more with these statements,” Silver said in the statement. “The NBA’s success is based on the collective efforts and investments of all of the team owners, the thousands of employees at our teams and arenas, and our extraordinarily talented players. No single group could accomplish this on its own. Nor is there anything unusual or ‘un-American’ in a unionized industry to have a collective system for paying employees — in fact, that’s the norm.

“The salary cap system, which splits revenues between team owners and players and has been agreed upon by the NBA and the Players Association since 1982, has served as a foundation for the growth of the league and has enabled NBA players to become the highest paid professional athletes in the world. We will address all of these topics and others with the players association at the appropriate time.”

It seems like only yesterday that a lockout shortened the 2011-12 season to 66 games and saw players’ portion of league revenues get slashed in the process. The players’ portion of basketball-related revenue was cut from 57 percent to 49 percent in those negotiations, a decrease Roberts, the first woman to head a major U.S. sports’ players union, promises to undo in the next round of labor talks.

“Why don’t we have the owners play half the games?” Roberts told ESPN. “There would be no money if not for the players.”

Regardless of whether one agrees with Roberts, her statements can’t be encouraging for anybody who just wants to watch basketball. Either the union or the owners can opt out of the current collective bargaining agreement in 2017, and it sounds like Silver and Roberts are already beginning to stake out their bargaining positions.

Another stoppage could be on the way. 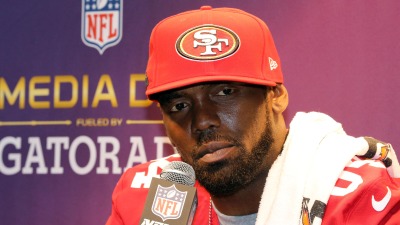