For the Boston Celtics, the events of the final 24 minutes Monday night couldn’t erase the debacle that preceded them.

The Celtics nearly completed a stunning comeback at Dallas’ American Airlines Center, taking the Mavericks down to the wire after trailing by 26 points at halftime and as many as 31 in the first half.

But after that rally ultimately fell short in a 118-113 loss, head coach Brad Stevens was solely focused on the mistakes that put his team in such a hole to begin with.

The Mavericks were able to score at will for much of the first half. Lights-out shooting by Chandler Parsons and Dirk Nowitzki — neither missed a shot until the 1:26 mark of the second quarter — helped Dallas gain a 40-19 advantage 12 minutes in, and the Celtics looked to be well on their way to a second straight blowout loss.

When asked if he was proud of his team’s resiliency, the coach gave an unenthusiastic “yeah” before quickly reiterating that the Celtics’ start was unacceptable.

“Once you get punched in the mouth,” a dejected Green told reporters after the game, “you tend to wake up a little bit.”

The Celtics quickly began to chip away after halftime, with Green (game-high 35 points) keying a 9-0 rally out of the locker room. The 31-point deficit was cut to 12 by the start of the fourth quarter.

The problem in the first half wasn’t poor execution, Stevens said, but an lack of aggressiveness. The Celtics remedied that in the final 24 minutes, swarming on the defensive end and fighting for offensive rebounds. This newfound energy was exemplified by rookie Marcus Smart, who played all but 24 seconds of the game’s final nine minutes and made an impact in every facet.

Still, it was not enough. Avery Bradley missed a free throw that would have tied the game with less than a minute to play, a late Green three didn’t fall and four straight points from Monta Ellis iced the game for the home team.

“I think that they played in that second half the way that we want to play,” Stevens said. “They made the other team uncomfortable. Again, it’s uncomfortable to play with that big of a lead, because you just want the game to be over — I get that.

“So, I don’t want to make it like it’s the comeback of all comebacks, either. I think that we played much better, feel much better about how we played. It would have been a sickening feeling to get on the bus after two halves like that. But that doesn’t change the fact that we can’t play like that.” 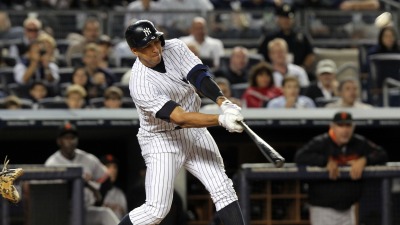 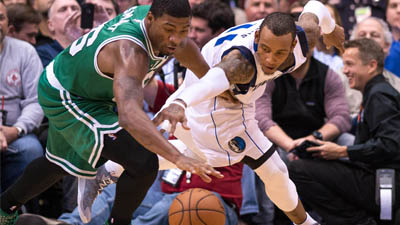