Those three things seemed inevitable entering Sunday’s slate of games, but the NFL reared its unpredictable head once again.

After throwing for 12 touchdowns in his previous two games, the Pittsburgh Steelers’ quarterback somehow was stymied by one of the worst secondaries in the league in a 20-13 loss. If it wasn’t for an 80-yard touchdown pass to Martavis Bryant in the fourth quarter, Roethlisberger would have thrown for fewer than 300 yards, no touchdowns and two interceptions.

But such is life in the NFL, which began its Week 10 schedule Thursday night with the Cleveland Browns shocking the Cincinnati Bengals 24-3 on their own turf.

Fortunately for fantasy owners, the surprise factor goes both ways. Marshawn Lynch continued to bust out of his semi-slump with four rushing touchdowns, while Aaron Rodgers and the Green Bay Packers blitzed the Chicago Bears in the first half with some Roethlisberger-esque numbers.

Here’s a look at the rest of the best and worst from Week 10.

STUDS
Aaron Rodgers, Quarterback, Green Bay Packers: If only Mike McCarthy had let him play the whole game. Rodgers tied an NFL record with six touchdown passes in the first half. His 36 points in standard-scoring leagues would have been the highest total in Week 10 if it wasn’t for a certain Seahawks running back.

Marshawn Lynch, Running Back, Seattle Seahawks: Consider the haters silenced. Lynch gashed the New York Giants to the tune of 40 fantasy points in standard leagues, the most of any running back in a single game this season. He now has 207 rushing yards and six touchdowns in his last two games. That’s decent.

C.J. Anderson, Running Back, Denver Broncos: Anderson emerged from relative obscurity with an explosive day, rushing for 90 yards on just 13 carries and adding four receptions for 73 yards and a score. The Broncos have plenty of options, but Anderson certainly made his case Sunday.

Jordy Nelson, Wide Receiver, Green Bay Packers: Those who stuck it out through Jordy’s subpar Week 8 performance were rewarded in a big way Sunday night, as Nelson put up 142 yards and two touchdowns in the first half against the woeful Bears.

Martavis Bryant, Wide Receiver, Pittsburgh Steelers: The Steelers laid a dud Sunday, but Bryant just cannot be stopped. Most of the rookie’s day was unimpressive, but an 80-yard touchdown catch now gives him six scores in his last four games.

DUDS
Ben Roethlisberger, Quarterback, Steelers: What should have been a slam dunk turned into a disaster for Big Ben owners, as Roethlisberger posted his lowest point total in four weeks. We expected him to come down to Earth at some point, just not against the lowly Jets.

Ronnie Hillman, Running Back, Broncos: Hillman looked prime for a huge game against the porous Oakland Raiders run defense, but a lingering foot injury limited him to just six carries for 13 yards on the ground. He better get healthy fast, as C.J. Anderson is making his case to be the team’s new featured back.

Lamar Miller, Running Back, Miami Dolphins: Miller wasn’t 100 percent for Sunday’s game, and it showed. He ran for just 10 yards on four carries, and a -4-yard reception gave him a big old zero in standard leagues. Like Hillman, he’ll need to get healthy fast if he wants to stay relevant.

Antonio Brown, Wide Receiver, Steelers: Even the NFL’s leading receiver was reduced to a human level in Pittsburgh’s clunker. Brown notched 74 receiving yards but coughed up two fumbles in the first half to earn just three points in standard leagues. Expect a bounce-back performance next week.

Sammy Watkins, Wide Receiver, Buffalo Bills: Another player battling an injury Sunday, Watkins was limited to just 27 receiving yards on four catches and looked far from the usual speedster that he is. One positive — he saw a team-high 10 targets in the Bills’ loss. 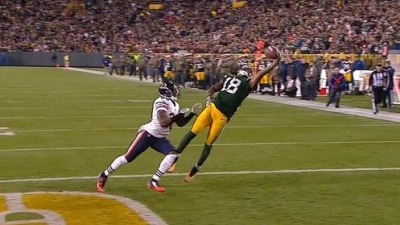 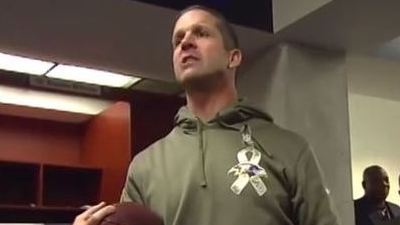