[youtube https://www.youtube.com/watch?v=ThBhnuqmBhw&w=640&h=360%5DInjuries are a major and inevitable factor in every fantasy football season. That much is plain to see.

So what sometimes gets lost in the shuffle? Many of the injured stars who devastated your fantasy team early in the season eventually come back, and a lot of times, they’re better than ever.

As the fantasy playoffs loom on the horizon, staying ahead of the injury curve is a great way to vulture some top talent off the waiver wire and beef up your squad for the stretch run. There’s no better time to do so than now, as a handful of players who either are slated to return or have recently returned to action appear primed for production going forward.

In addition to this list are fantasy studs Adrian Peterson and Josh Gordon, who should be scooped up in all leagues, given their chance to return before the season’s end.

Quarterback: Robert Griffin III, Washington Redskins
RGIII has been one of the most frustrating players in fantasy football and consistently has burned owners with injuries and subpar performances. That being said, it’s time to give him one more shot. Washington will face an awful pass defense this week in the Tampa Bay Buccaneers, so if you need a quarterback, pick up RGIII and give him the start. After that, it’s up to you.
Other quarterbacks to watch: Josh McCown, Andy Dalton, Austin Davis, Ryan Mallett, Derek Carr

Running Back: Bryce Brown, Buffalo Bills
C.J. Spiller’s replacement did C.J. Spiller-type things Sunday. He compiled 100 total yards (including seven receptions for 65 yards) and would have added a touchdown if it weren’t for a goal-line fumble. Sure, Fred Jackson is back in the mix, but the Bills clearly prefer Brown over the plodding Anthony Dixon. Buffalo will face a solid Miami Dolphins run defense Thursday night, so let’s hope Brown doesn’t take after Spiller’s inconsistency.
Other running backs to watch: Ryan Mathews, C.J. Anderson, Charles Sims, Tre Mason, Adrian Peterson (long-term add)

Wide Receiver: Andrew Hawkins, Cleveland Browns
Hawkins fell off the fantasy radar a bit after sitting out Thursday night with a leg injury. He should be ready to go this Sunday, though, against a Houston Texans defense that has allowed the third-most fantasy points to opposing wide receivers in standard leagues this season. Hawkins still is the Browns’ No. 1 receiver with Josh Gordon out, so he’s worth putting back on your team.
Other wide receivers to watch: Martavis Bryant, John Brown, Allen Robinson, Kenny Britt, Josh Gordon (long-term add)

Tight End: Kyle Rudolph, Minnesota Vikings
Rudolph was projected as a Top 10 tight end in the preseason, and he’s slated to make his return from injury in Week 11 against the Chicago Bears, who have allowed the most fantasy points to opposing tight ends this season. It might take a bit for the veteran to get comfortable with rookie quarterback Teddy Bridgewater, but if you’re short on tight ends, Rudolph is a top talent who should be on your roster.
Other tight ends to watch: Mychal Rivera, Jared Cook, Jace Amaro, Scott Chandler 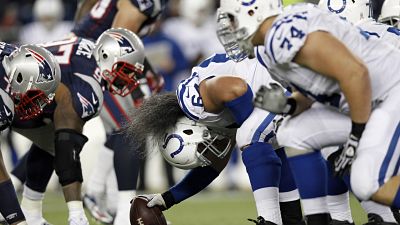 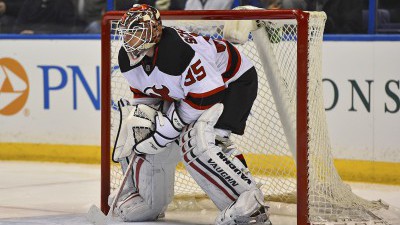