Soccer fans still will have to pack their bags for Qatar in 2022.

FIFA will release a summary of an ethics investigation Thursday that is expected to clear Qatar of corruption charges in its successful bid to host the 2022 FIFA World Cup. Hans-Joachim Eckert, FIFA’s head judge, most likely won’t recommend that FIFA’s executive committe strip the tournament from Qatar and re-open the bidding process, according to multiple reports.

FIFA controversially awarded Qatar the right to host the 2022 World Cup in 2010, and allegations of corruption emerged shortly thereafter.

FIFA tasked former U.S. attorney Michael Garcia with investigating the bidding processes for both the 2018 and 2022 World Cups — which the governing body awarded simultaneously. Garcia spent 18 months interviewing witnesses and compiling evidence and produced a 430-page report for FIFA’s ethics committee in September.

In a surprising decision, FIFA decided that the report should remain confidential, instead of publishing it in its entirety. Eckert’s 40-page summary might be the only insight into the murky bidding process that decided the host nations of the next two World Cups.

The Telegraph and BBC report that England’s Football Association will be criticized for its behavior during its bid for the 2018 tournament. The report also is expected to criticize several members of FIFA’s executive committee (which solely determined the World Cup’s host nations) without naming them. 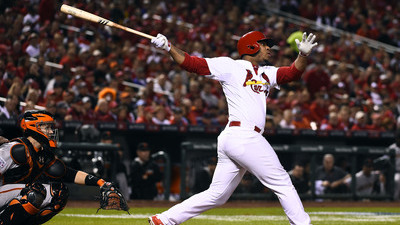