GENEVA — Hours after a FIFA judge cleared Russia and Qatar of corruption in their winning World Cup bids, the American who led the investigation said Thursday he would appeal the decision to close the case because it was based on “materially incomplete and erroneous” information.

In what appears to be an open act of conflict within FIFA, prosecutor Michael Garcia criticized ethics judge Joachim Eckert’s 42-page report clearing the 2018 and 2022 World Cup hosts.

Eckert’s findings, which were released Thursday morning, were based on Garcia’s investigation. Despite finding wrongdoing among the 11 bidding nations, Eckert said the integrity of the December 2010 votes was not affected.

The dispute between Garcia and Eckert further fueled the turmoil surrounding FIFA’s decision to give the next two World Cups to Russia and Qatar. Questions about the integrity and validity of the hosting decision have been raised ever since the vote by FIFA’s executive committee.

“Today’s decision by (Eckert) contains numerous materially incomplete and erroneous representations of the facts and conclusions detailed in the Investigatory Chamber’s report,” Garcia said in a statement. “I intend to appeal this decision to the FIFA Appeal Committee.”

Eckert’s report seemed to confirm that the 2022 World Cup would definitely be played in Qatar.

“FIFA welcomes the fact that a degree of closure has been reached,” the governing body said Thursday in a statement before Garcia announced his objections. “As such, FIFA looks forward to continuing the preparations for Russia 2018 and Qatar 2022, which are already well underway.”

Eckert formally ended the probe almost four years after the vote by the governing body’s scandal-tainted executive committee. No proof was found of bribes or voting pacts in a probe hampered by a lack of access to evidence and uncooperative witnesses.

“The evaluation of the 2018/2022 FIFA World Cups bidding process is closed for the FIFA Ethics Committee,” the German judge wrote in a statement released by FIFA.

Both winners, however, had issues highlighted by Eckert.

Qatar’s bid had “potentially problematic facts and circumstances,” plus a “significant lack of transparency” in its use of advisers. Computers leased for use by Russia staffers were later destroyed. 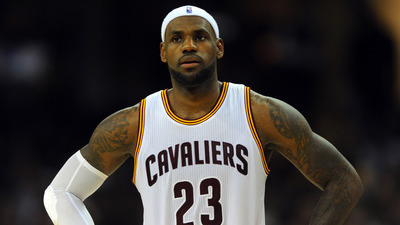