The Cleveland Browns are 5-3 through Week 9, and even though Johnny Manziel has nothing to do with it, the backup quarterback still seems to be getting the most attention on the team.

After accidentally tweeting out his phone number and then getting caught on camera cursing at NBA referees at a Cleveland Cavaliers game, Manziel revealed Monday that he’ll appear on the front cover of Golf Digest magazine’s December issue.

It might seem random to have a player who hasn’t started a single NFL game on the front cover of a golf magazine, but the former Heisman Trophy winner actually has a history with the sport.

“I was only four or five years old, maybe younger than that, and I remember hitting plastic golf balls over the fence with these little starter clubs,” Manziel told the magazine. “I hit that thing everywhere I could ? from the flowers, the bushes, even out of the pool. The more I think about it, doing that taught me how to hit shots off all kinds of surfaces and lies.”

So if this football thing doesn’t work out for Manziel, maybe we’ll start seeing him on the golf course. 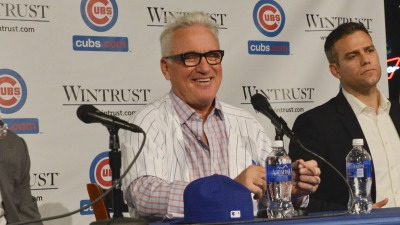