This was a busy week for NHL news on the ice, but plenty of important events are happening away from the rink, too.

One event of particular importance is the induction of a new class into the Hockey Hall of Fame on Monday night. Mike Modano, Rob Blake, Dominik Hasek and Peter Forsberg will be inducted as players, while longtime head coach Pat Burns will go in as a builder. Referee Bill McCreary also will be inducted.

Burns, who passed away in 2010 after a battle with cancer, should have been inducted many years ago. The former Montreal Canadiens, Toronto Maple Leafs, New Jersey Devils and Boston Bruins bench boss made two Stanley Cup Final appearances (winning in 2002-03 with New Jersey), won 501 regular-season games and 78 playoff contests.

Just two of Burns’ teams in his 11 full seasons as an NHL head coach had losing records. He’s also the only coach ever to win the Jack Adams Award three times (1989 Montreal, 1993 Toronto, 1998 Bruins).

There’s been plenty of speculation as to why Burns was kept out of the Hall of Fame for so long. Fortunately, all of that talk is in the past because on Monday he will be inducted as part of the 2014 class. It’s a well-deserved honor for one of the best coaches in league history.

— Don’t be surprised if the Colorado Avalanche host an outdoor game next season.

“The game, which the Avalanche would play in, is expected to be part of the Coors Light NHL Stadium Series. It would be the first outdoor game for Denver since the NHL started what has become a wildly successful concept.”

The league has not formally announced any outdoor games for the 2015-16 season. There are two scheduled for 2014-15.

— Unfortunate news for the Dallas Stars.

Dallas already is struggling with a 6-7-3 record at the bottom of the Central Division.

— Ottawa Senators defenseman Marc Methot is in the final year of his contract, and there will be trade speculation as long as he remains without an extension. TSN’s Darren Dreger reports the Anaheim Ducks and Detroit Red Wings are “believed to be among the teams interested” in Methot.

— The Calgary Sun’s Eric Francis reported that Flames winger and former Boston College star Johnny Gaudreau will remain at the NHL level for the rest of the season. He has 12 points (three goals, nine assists) in 18 games.

— Dallas Stars goaltender Kari Lehtonen made the best save of the season so far.

— Toronto Maple Leafs defenseman Dion Phaneuf laid out Pittsburgh Penguins winger Patric Hornqvist with a monster hit along the boards Friday night, which prompted Evgeni Malkin to stand up for his teammate. Unfortunately, the linemen broke up this fight before it got exciting.

— Bruins forward Seth Griffith scored what might be the “goal of the year” so far.

In Case You Missed It

— Phil Kessel had a hilarious response to the media after Saturday’s 6-2 loss to the Buffalo Sabres.

— Eric Otters center and top 2015 NHL draft prospect Connor McDavid fractured a bone in his hand when he accidentally punched the glass during a fight. This injury shouldn’t fuel the anti-fighting movement in hockey, though.

— The Rangers were celebrating a shootout win over the Pittsburgh Penguins on Saturday. In a crazy turn of events, they actually lost. 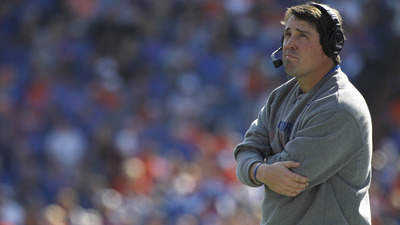 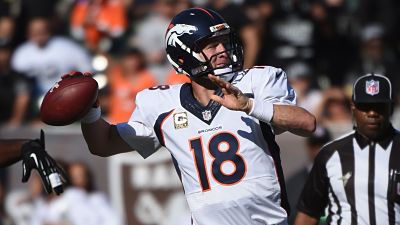