Lucia was named Hockey East Player of the Month for October. The junior forward led the conference in scoring last month with seven goals and two assists for the Fighting Irish over just seven games. His seven goals ranked second in the country. Lucia also finished October on a five-game point streak and ended with a plus-5 rating.

Boston University’s Jack Eichel earned Rookie of the Month honors. The forward got off to a strong start this season, scoring two goals and notching two assists in his collegiate debut. Eichel helped the Terriers to a perfect 4-0-0 record in October, as he averaged two points per game. The North Chelmsford, Mass., native finished the month with eight points and a ridiculous plus-9 rating.

Goaltender of the Month honors went to Merrimack’s Rasmus Tirronen. The senior out of Espoo, Finland, was unbeaten in October for the Warriors, ending the month with a 4-0-1 record, a 1.94 goals against average and a .919 save percentage. Tirronen ranked second in the nation last month among goaltenders with at least five games.

Photo via Scott A. Schneider/Getty Images 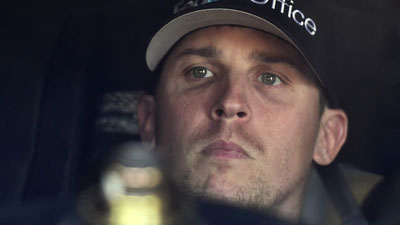 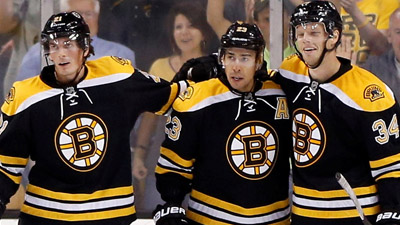