Andrew Luck just might be the kindest trash-talker in the NFL. If you can call what he does “trash talk.”

The Indianapolis Colts quarterback apparently is best known throughout the NFL for his unorthodox reaction to taking hard hits. According to The Wall Street Journal’s Kevin Clark, Luck compliments the defenders who knock him down.

?In all the years I?ve played football, I have never heard anything like it,? Washington Redskins linebacker Ryan Kerrigan told Clark. ?Nothing even close.?

The part that confuses players the most is that Luck sounds totally sincere when he does it. Apparently, they can’t tell if he actually means it or if he’s trying to play head games. For example, New England Patriots defensive end Rob Ninkovich was so perplexed by Luck’s antics during their matchup in October that he ended up saying, ?Thanks for…uh…accepting that hit?? before lining up again.

Luck’s compliments don’t just confuse opposing defenses, though. For some, it’s genuinely maddening. They don’t want praise for a hit; they want the quarterback to be angry.

Defensive back Nolan Carroll remembered one particular incident from last season when he played for the Miami Dolphins. He heard someone congratulating him and expected to see a teammate when he turned around.

?Then I realized it was Luck who said it,? Carroll said, via the Wall Street Journal. ?I?m like, ?What?s going on? Aren?t you supposed to be mad?? So then I?m the one who gets ticked off because an upbeat attitude isn?t something you see.?

But Luck’s former Stanford teammates don’t seem to think his endgame is to get into players’ heads. Luck simply is a genuinely nice guy. Washington Redskins linebacker Trent Murphy, who played with Luck at Stanford, told The Wall Street Journal that he’s never really seen the quarterback trash talk anyone.

?His idea of trash talk is complimenting people,? Murphy said. 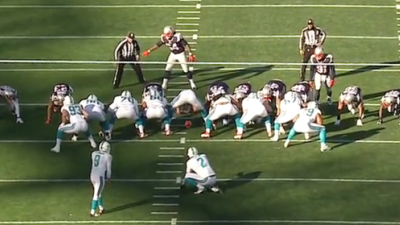 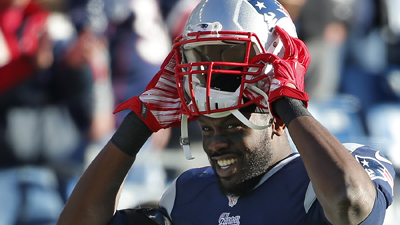 Chandler Jones: Akeem Ayers And I Could Be ‘Dangerous’ For Patriots