BOSTON — Avery Bradley had the chance to put his Celtics up by four with just over a minute to play Sunday. He missed, his 3-point attempt clanging off the rim and into the waiting arms of Paul Pierce.

Celtics fans, understandably cynical over their team’s penchant for late-game collapses this season, could already see how the next few moments would transpire.

Pierce would dribble down the floor, sink one of his patented last-minute threes, and the Washington Wizards would join the ever-growing list of teams that have proven no Celtics lead is safe.

But on Sunday, Boston decided to flip the script.

Pierce’s attempt from the left elbow rimmed out, and Bradley, showing no hesitation, lofted up another three from the corner just seven seconds into the ensuing possession.

Bradley’s bucket made it a two-possession game, and a Jeff Green layup 15 seconds later — set up by Rajon Rondo’s third steal of the game — clinched a 101-93 win for the Celtics.

?We?re growing,” Rondo said after the game. “In the past couple games, games where we blew the leads and lost the game, today they made a run but we stayed solid, stayed confident and made plays.?

Boston led Washington by as many as 25 points in the second half before a run sparked by Pierce (16 points) and reserve forward Rasual Butler (22 points; 6-for-10 on 3-pointers) whittled that advantage down to one. The Wizards scored nearly as many points in the fourth quarter (34) as they did in the first and second combined (36), and the Celtics did themselves no favors by going nearly seven minutes without a field goal.

The Celtics held their ground in crunch time, though, scoring the game’s final nine points to put away a team that, on paper, is far superior.

?That?s twice this week that we?ve handled (a late-game comeback) better; once this week that we didn?t,” said Stevens, who saw his team blow an 11-point fourth-quarter lead Wednesday against the Detroit Pistons before prevailing in overtime. “And, you know, so I just thought we played gutsy at the end. … Rondo?s pass to Jeff on the break was gutsy. Avery?s shot was gutsy. He made a huge, huge, huge shot.”

Up until his key three, Bradley’s impact on the scoresheet had been minimal. He’d scored just eight points and come up empty on both of his tries from beyond the arc. The Celtics player handling most of the scoring duties Sunday was Green, who poured in a game-high 25 points.

Stevens, however, had full confidence in Bradley’s judgement.

?I?m thinking, ?What the hell, let it fly.'” he said. “We talk about playing with tempo and taking the first good shot, well, let it go. Hey, let?s say that we pull it back out and we hold it and we take a contested shot late because their defense is turned up a notch — at the end of the day, at the very least, it was a two for one.

“Fading a little bit in the corner, kind of off one foot — it?s not exactly how you draw it up. But hey, maybe we should draw it up that way. I don?t know.? 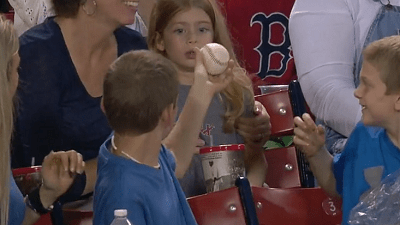 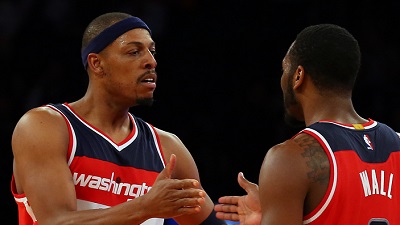