FOXBORO, Mass. — Bill Belichick is one step ahead of his competition, as always.

Whether it’s game-planning, drafting or signing free agents, the New England Patriots head coach constantly is out-scheming the rest of the NFL.

Teams used to run a “base” defense — usually either 3-4 or 4-3 — and in obvious passing situations, an offense would deploy three receivers. Defenses would respond by using their sub package — usually nickel with five defensive backs. The trends have flipped now, though, and sub has become base and a “regular” alignment with just four defensive backs is dying.

“I think that?s part of building your team is trying to anticipate where your team is going and to a certain extent where, especially defensively because you have to react to what they put on the field,” Belichick said Wednesday. “Defensively, you have to be able to defend those things. How do you construct the defense so you can handle the different challenges that you have? I think if you look at the numbers statistically, the amount of five defensive backs that are on the field, you?ll see numbers shift dramatically but particularly this year. You can see a trend, but there?s a spike.

“There?s only a very few number of teams, maybe four or five, that were under 50-percent nickel. So, when you talk about what defensive system do you run — virtually every team in the league, the defense they play the most is nickel. Five defensive backs, whatever version it is. There are five DBs, put it that way. Whatever the rest of it is, you can look at that separately. That?s certainly not the way it was 10 years ago. I?d say we were in the 30s, 30 percent, high-30s. Now that number is doubled. We?re almost, I think we?re in the 70 — where?s our stat guy (ESPN Boston?s Mike Reiss)? But you know, I think we?re in the 75 percent range of nickel defense this year. Now you know, we?ve been ahead some, but we?ve also played a lot of multiple receiver teams.”

Because of this growing trend, the Patriots have acquired players who excel against the pass, like 2013 second-round draft pick Jamie Collins and cornerback Darrelle Revis. They also locked up No. 3 cornerback Kyle Arrington last season to a deal usually saved for a No. 1 or No. 2. Arrington specializes in the slot, and that role is as valuable as ever with more teams using three-receiver sets.

The Patriots now are trying to buck the trend offensively by using more two-receiver sets. With opposing defenses adjusting to go pass-heavy and putting less emphasis on acquiring a top-tier third linebacker, the Patriots are using fullbacks and tight ends more heavily.

“We?ve seen less nickel than a lot of other teams have,” Belichick said. “We go back to some of our other teams five, six, seven years ago, when we had a lot of three-receiver sets on the field, we saw more nickel than any team in the league. Now we?re seeing, I?m not saying less than anybody, but we?re certainly in the bottom quarter of teams that play us in nickel because we have a decent amount of two-receiver sets. Or, they just chose to play us that way, whatever it is. But I think the trends are a little bit — we?re kind of going in an opposite direction there with what some of the league trends are.”

Bucking trends is nothing new for Belichick, who switched the Patriots to a 3-4 when he came to New England in 2000, when the alignment was rarely seen in the NFL.

“When we put in the 3-4 in 2000-2001, there were three teams running it,” Belichick said. “It was us, Pittsburgh and I don?t know where the other team was. So, if you wanted a nose tackle, there were plenty of them out there. If you wanted a 3-4 outside linebacker, there were plenty of them out there. Guys like — (Rosevelt) Colvin was a good example at Chicago or even (Mike) Vrabel, those 3-4 outside linebackers, but there?s nowhere to go. New England was a good option for both of them because the guys Mike was playing behind and Rosie was trying to play a 4-3 walked off the line linebacker to a defensive end in sub situations. But it wasn?t really a clean fit for him. So he had a much cleaner fit in the 3-4.

“You look back five, six years ago, and you?ve got 16, 17, 18 teams playing 3-4. You go to the draft board and think, ?Here?s a nose tackle. Who needs a nose tackle?? Well eight teams in front of you need a nose tackle and there?s two nose tackles. It?s something you have to figure out where you can get the players to play in your system. Sometimes you just can?t get them so either you have to change your system or modify it or play with lesser players if you want to maintain system.

“That?s definitely a challenging part of it is keeping up with that, trying to stay at least even with it. Hopefully ahead of it, but at least even, but it?s a lot easier said than done.”

The Patriots run three- and four-man fronts in their regular defense now, and they try to find players who can fit both systems, like Collins, defensive tackle Vince Wilfork, linebacker Dont’a Hightower and edge defender Rob Ninkovich.

There are plenty of reasons why the Patriots have been so successful under Belichick, but his willingness to adapt is one his biggest strengths. Some older coaches are stubborn and unwilling to change with the times, while Belichick, at 62 years old, still manages to stay ahead of them. 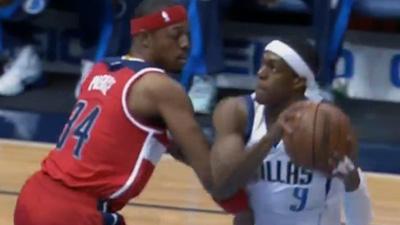