Brad Stevens: Rajon Rondo Was 'Loudest Guy On The Bench' Vs. Wizards - NESN.com Skip to content

The Boston Celtics point guard posted season lows across the board against the Washington Wizards — points, assists, rebounds and, most noticeably, minutes.

Rondo did not see the floor after the 5:20 mark of the third quarter, with head coach Brad Stevens instead opting to stick with backups Marcus Smart and Evan Turner in Boston’s backcourt.

That proved to be a wise decision, as the two were part of a highly productive second unit that erased a 23-point second-half deficit and gave the Wizards’ starters all they could handle before eventually falling 133-132 in double overtime.

Stevens made a point, however, to note the contributions Rondo made while spending most of the evening in sweats.

?Give Rondo as much credit as anyone else on our team,” Stevens told reporters after the game. “Rondo?s the loudest guy on the bench. Rondo?s running out at timeouts. Rondo was active. I think Rondo was very comfortable in saying, ?Let?s bring this home.? I give him a lot of credit for being that kind of guy, because he doesn?t have to be.?

Rondo’s most “active” moment came near the tail end of the first overtime session, when he had this masked-mouthed, crazy-eyed conversation with referee Scott Wall after what Rondo apparently considered to be a missed foul.

Rondo finished out the night with four assists, two rebounds and zero points in 21 minutes — his first scoreless effort since April 14, 2012. 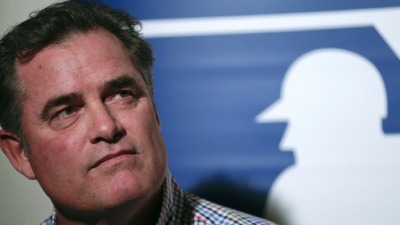 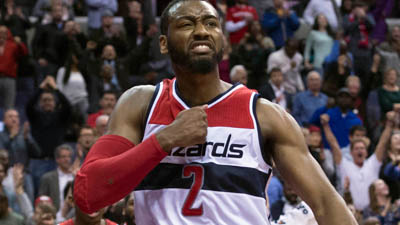