The Boston Bruins made too many defensive mistakes Saturday night, and it cost them in a 6-2 loss to the Columbus Blue Jackets at Nationwide Arena.

Boston now is 18-15-3 and sits in fifth place in the Atlantic Division. The B’s are three points behind the Washington Capitals for the second wild-card playoff spot in the Eastern Conference.

Here are the “3 Stars” from Saturday’s game:

No. 3 Star: Ryan Johansen, Center, Blue Jackets
Johansen earned an assist on Nick Foligno’s power-play goal in the second period to increase his season points total to 31 (tied with Foligno for the team lead). Columbus’ No. 1 center also won 74 percent (20 for 27) of his faceoffs, and a neutral-zone faceoff win in the first minute of the second period helped set up Scott Hartnell’s second goal.

No. 2 Star: Kevin Connauton, Defenseman, Blue Jackets
Connauton scored a goal and picked up two assists for his first career three-point game. He gave the Blue Jackets a 3-1 lead at 6:32 of the second period when his wrist shot from the left point found its way through traffic and past Bruins goaltender Niklas Svedberg, who was pulled from the game after the goal.

The 24-year-old defenseman picked up a primary assist on Hartnell’s first goal and a secondary helper on Hartnell’s second tally.

No. 1 Star: Scott Hartnell, Left Wing, Blue Jackets
Hartnell scored twice in his first game since Dec. 11 after a two-week absence with a broken finger. He opened the scoring at 8:11 of the first period and gave the Blue Jackets a 2-1 lead 51 seconds into the second period by capitalizing on a rebound.

The veteran top-six forward tallied two shots, four hits and one blocked shot in 18:07 of ice time. Hartnell now has 19 points (eight goals, 11 assists) in 29 games in his first season with Columbus. 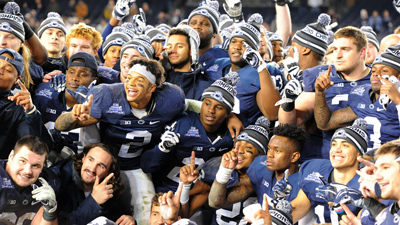