BOSTON — Loui Eriksson was the top candidate to replace Jarome Iginla at right wing on the Bruins’ first line to start the season, but that plan was put on hold when veteran center David Krejci was forced to miss 20 of the first 31 games because of an injury.

Even though Eriksson has played well in the limited time he’s skated alongside Krejci and Milan Lucic since joining the Bruins before the 2013-14 campaign, the best place for him is with Carl Soderberg and Chris Kelly on the third line.

Soderberg and Kelly have been Eriksson’s linemates for most of the season, and it’s obvious that they have developed impressive chemistry, specifically Soderberg and Eriksson.

As the table below shows, Eriksson has been on the ice for 417 Bruins shot attempts for, 350 against for a plus-67 Corsi at even strength when Soderberg is his center. Simply put, the Eriksson/Soderberg duo drives puck possession at a high rate, in addition to a positive goals for ratio.

Eriksson started Sunday’s game against the Buffalo Sabres alongside Krejci and Lucic, and the results weren’t great.

Bruins head coach Claude Julien needed to create a spark offensively, so he put Eriksson back with Soderberg and Kelly (see chart below) and moved Craig Cunningham up with Krejci and Lucic. It proved to be a critical decision in the outcome.

“We needed some scoring, I guess,” Julien said. “I felt like I should put (Eriksson) back where he was really comfortable. It?s hard because (Krejci) is just starting again, and he?s starting to find his stride. I?m gonna tell you, Loui was a real good player tonight. That?s all I?m gonna say. Wherever he was, he was good.”

The Soderberg line spent a ton of time in the offensive zone and rarely was on the ice for a shot against. Eriksson scored the game-winner in overtime to give the B’s a 4-3 overtime win. It was his fourth goal in the last seven games. Kelly scored in the second period after Buffalo took a brief 2-1 lead.

“I?m feeling good. Starting to score goals now again,” Eriksson said. “I?m finding those pucks. The last couple games we?ve been creating a lot of chances, too. When me, (Kelly) and (Soderberg) play together we always seem to get some chances. I thought we had some chances with (Lucic) and (Krejci) today, too, when I played with them. But that first shift with Kells and Carl we score, so it was good in that way.”

The Bruins need to find a permanent first-line right winger before the trade deadline, whether it’s someone from within the organization (maybe top prospect David Pastrnak) or from the outside. Eriksson is talented enough to play in that spot and probably will see ice time there again when Krejci is fully up to speed, but it shouldn’t be a forced fit.

The Bruins lack secondary scoring when Eriksson doesn’t play with Soderberg and Kelly. Seth Griffith, Matt Fraser and Cunningham all have received shifts in Eriksson’s spot when he’s moved to the Krejci line, and these young wingers haven’t provided much offense. It also doesn’t help that the fourth line is struggling to score goals and consistently is outshot.

Boston is desperate for goals (2.47/game, 21st in NHL), and it doesn’t make sense to split up a Kelly-Soderberg-Eriksson trio that’s creating scoring chances and finding the back of the net more consistently than the other lines.

“When you look at it right now, there?s no reason to take them apart,” Lucic said. “They?ve been our best line, especially the last three games. They got a goal in Minnesota. They played a pretty good game in Winnipeg and obviously another good game here (Sunday).

“It?s up to the rest of us to step up our game and play like the Soderberg line has been playing.” 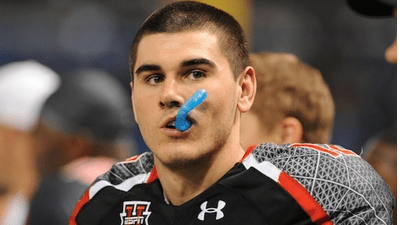 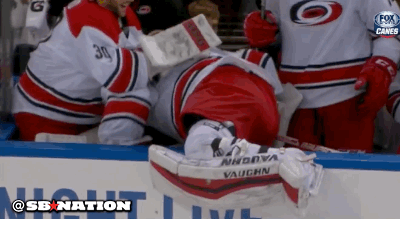