BOSTON — It was hard to fault the Celtics for their 4-11 start. Despite a nasty habit of squandering late leads, nearly all of those losses came against teams that, at least on paper, were better.

That excuse no longer applies.

After an almost nightly barrage of Western Conference powers and upper-tier East squads, the following few weeks were supposed to bring relief for the Celtics.

It should have been a time for the Celtics to regain their footing, to finally prove they could close out the games they so often gave away during their gauntlet through the NBA’s elite. Initially, it was. Wins over the lowly Detroit Pistons and Los Angeles Lakers preceded a home-and-home split against a Washington Wizards team expected to make serious noise come playoff time.

What followed, however, were the two worst 48-minute efforts yet from a Celtics team that, as it passes the season’s quarter pole, still cannot seem to drum up any sort of consistency.

?We’re frustrated right now,” Tyler Zeller said after Friday’s 101-95 loss to the New York Knicks. “You know, Monday we had a great game against Washington — Sunday and Monday; Sunday we were able to pull out the win — and we?ve had two rough ones here that you just kind of have to get back to what we were doing.”

Wednesday’s loss was ugly — Boston scored just two points over the final 4:31 — but Friday’s bordered on embarrassing. Hosting a 4-20 Knicks that hadn’t won a game in its last 10 tries, the Celtics never led in the second half and allowed the NBA’s 27th-ranked scoring offense to surpass its per-game average by nearly 12 points.

Perhaps more concerning than the outcomes, though, have been some of the individual performances. Zeller (19 points Friday) and Jeff Green (game-high 28) have been consistently solid over the past week, but a number of the team’s go-to players have struggled.

Each of Jared Sullinger’s last three games has been his worst of the season (including a scoreless showing against the Knicks, his first since his rookie year). Rajon Rondo continues to dish out double-digit assists but otherwise has contributed little on the offensive end. Avery Bradley, who missed Friday’s game due to illness, posted totals of seven and four points in losses to the Wizards and Charlotte Hornets, respectively.

What the Celtics now have in front of them is the most basketball they’ll play all season. Save for another date with the Wizards later this month, seven of their next eight opponents currently sit below .500. Win the majority of those games, and the C’s are right back in business. Fail to climb out of this rut, and it’ll be the beginning of a very long winter.

?In basketball, at this level or any level, the minute you feel sorry for yourself, it?s going to snowball on you,? head coach Brad Stevens said. ?You have to earn things, you have to go out and do them, and the next one is an opportunity, and we have to seize that. But if we don?t play well, we won?t.? 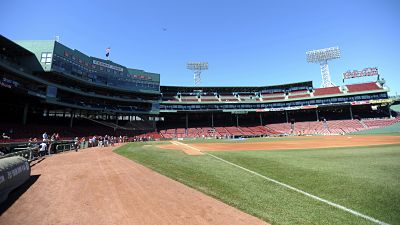