The Boston Celtics jumped out to a 23-point lead Tuesday night, but based on the way this season has gone, fans should have known to temper their expectations.

As they have so often of late, the Celtics fell apart in the second half, allowing the Atlanta Hawks erase the hefty deficit en route to handing the C’s a 109-105 loss.

— The Celtics scored a season-high 42 points in the first quarter, with Jeff Green leading the way (14 points on 6-of-7 shooting). It was enough to impress the folks running the Hawks’ official Twitter account.

— The second half, however, was a different story. The Hawks outscored the Celtics 59-39 over the final two quarters as Boston’s previously red-hot offense turned ice cold.

The C’s had one four-plus-minute scoring drought in the third quarter and another in the fourth, all while opting for mid-range shots rather than the higher-percentage shots that helped them grab such a large lead in the first place.

— Even still, the Celtics had the ball with less than 30 seconds to play and a chance to win. Green’s 15-footer rimmed out, however, and Boston was unable to foul after Atlanta grabbed the ensuing rebound, leading to Kent Bazemore’s dagger at the other end.

— Kelly Olynyk topped his career high for assists — in the first half. The second-year big man, who was replaced by Tyler Zeller in the starting lineup over the weekend, had six helpers at the break to go along with four points, four rebounds and three steals. Olynyk cooled in the second half, though, adding one assist and going oh-fer in the points, boards and steals columns.

— Rajon Rondo also was an assist monster in the first half, dishing out 14 dimes before the halftime buzzer sounded. But, like Olynyk, he ultimately regressed, finishing with a still-impressive 19 assists for the game.

— Kyle Korver was lethal from beyond the arc, hitting six of his seven 3-point attempts to lead the Hawks with 24 points. He also chipped in with six rebounds and four assists.

— Dennis Schroder enjoyed one of the best games of his young career (15 points, four assists, three rebounds in 23 minutes) and was so effective in the second half that starting point guard — and Hawks leading scorer — Jeff Teague did not play one minute in the fourth quarter.

— The game was … um, sparsely attended.

A reported 12,705 fans showed up at Philips Arena, though that estimation might have been a bit generous. 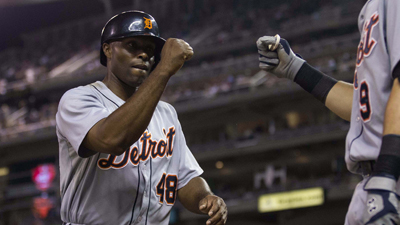