A fan of puns or dad jokes might call it a Magic trick.

We’ll put it in plainer terms: Jared Sullinger and Jeff Green were nowhere to be found Tuesday night.

Normally two of the Boston Celtics’ most consistent scorers, Sullinger and Green barely registered on the scoresheet in a 100-95 loss in Orlando, prompting head coach Brad Stevens to bench Green for the fourth quarter and Sullinger for the entire second half.

Both left the Amway Center before speaking with the media, according to The Boston Globe’s Gary Washburn.

Tuesday’s performance was the worst of the season for both players — Sullinger played fewer minutes (nine) than he had since his rookie season and was held scoreless for the second time in six games, and Green’s four-point effort snapped a streak of 38 straight games in double figures — but neither has been himself lately.

An obvious landmark, at least for Green, is the Rajon Rondo trade. Sullinger’s struggles predate Rondo’s departure (he’s scored five or fewer points in five of his last eight games), but Green’s numbers have dipped significantly since the deal was completed last Thursday. He’s averaging 11.8 points and shooting 38.7 percent from the floor over his last three games — both well below his season averages.

Now, it would be premature to read too deep into one three-game span. With how consistent Green has been this season, this might just be an inevitable slump. But the 28-year-old forward would be the next logical piece to move in Danny Ainge’s reinvigorated rebuilding effort, and it’s hard not to wonder whether the constant trade speculation is affecting his game.

— Jameer Nelson played his first regular-season game back in Orlando since his 10-year tenure with the Magic ended last season and was honored with a video tribute during the first quarter.

You can read more about Nelson’s performance here, but the point guard shared one interesting nugget with the Orlando Sentinel’s Josh Robbins about why he chose to wear No. 28 with the Celtics after being traded from the Dallas Mavericks. (His preferred No. 14 was worn by Bob Cousy and currently hangs in the TD Garden rafters.)

— Tyler Zeller was excellent again for the Celtics, finishing with 22 points with a 66.7 percent field-goal percentage for the second game in a row. The center also added 10 rebounds for his second double-double of the season, and he did not miss in the fourth quarter (3-for-3 from the floor, 3-for-3 from the foul line) to help Boston make a game of it after falling behind by 27.

“I thought (Brandon) Bass gave us a little bit of a lift, I thought Kelly (Olynyk) was solid, and certainly Tyler,” head coach Brad Stevens told reporters after the game. “Tyler Zeller is playing at an unbelievable level right now.”

Manti Te’o Is Tired Of Hearing Fake Girlfriend Jabs: ‘Get A New Joke’ 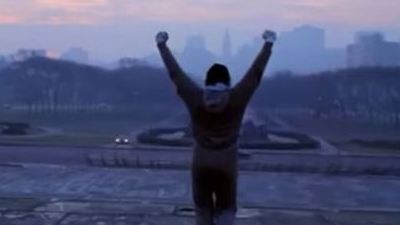