Final, Wizards 133-132: An Evan Turner jumper misses the mark in the final seconds, and that brilliant Celtics comeback will fall just short.

Second overtime 0:10, Wizards 133-132: A Wall three clangs off the back of the rim. The Celtics will have one more chance.

Second overtime 0:44, Wizards 133-132: John Wall has taken this game over. He’s scored the last 10 Wizards points, including an and-one layup that put Washington back ahead.

Second overtime 2:39, 130-123: A Marcus Smart three, a Brandon Bass dunk and a Kelly Olynyk floater put the Celtics up seven midway through the second extra frame.

Overtime 0:57, Celtics 121-118: Jeff Green banks a layup high, high off the backboard, and the Celtics lead by three with just under a minute to play.

Overtime 2:40, Celtics 117-112: Kelly Olynyk has been playing his tail off in this extra session, grabbing three offensive rebounds and sinking both of his free throws. The Celtics’ bench as a whole has been tremendous, with Olynyk, Marcus Smart, Evan Turner and Brandon Bass all scoring more than 15 points each.

End of regulation, 110-110: Yes, you read that correctly. We are headed to overtime.

Evan Turner buries a corner three with 0.6 seconds to play to tie the score at 110 apiece.

Here’s your reminder that the Celtics trailed by as many as 23 in this game.

Fourth quarter 0:24, Wizards 109-107: Kelly Olynyk scores on a put-back, then draws a charging foul on Wall at the other end.

The Celtics have the ball with a chance to win.

Wall sinks a jumper as the shot clock was set to expire to put the Wizards up four.

Fourth quarter 2:52, Wizards 104-103: In the exact polar opposite of the entire season to date, the Celtics have stormed all the way back from a 23-point deficit to take the Wizards down to the wire.

Evan Turner, who is playing some terrific defense here in the second half, nailed a 3-pointer to give the C’s a 103-101 lead.

Fourth quarter 6:00, Wizards 102-94: Marcus Thornton picks up a steal and takes it the length of the court for a tough layup. The Wizards’ lead now is down to single digits exactly halfway through the fourth quarter.

Brandon Bass also has been big for the Celtics in the frame, scoring six straight points before Thornton’s bucket.

Fourth quarter 8:09, Wizards 99-86: Marcus Smart almost singlehandedly is keeping the Celtics in this game. The rookie is playing by far the best basketball since his injury, scoring a career-high 15 points on 4-of-6 shooting in just 17 minutes.

End third quarter, Wizards 92-76: Marcin Gortat rejects a Kelly Olynyk layup at the buzzer, and the Wizards enter the final quarter leading by 16.

The Celtics finally showed some signs of life late in the third, though, scoring 11 straight points to cut the deficit to 12. Marcus Smart played a key role in that run, coming up with an assist, a steal and six points in one 49-second span.

Third quarter 2:58, Wizards 85-65: This is beginning to look like a lost cause for the Celtics, who have trailed by double digits since halftime.

Boston did pull off an 8-2 run beginning with 4:33 remaining in the third, but another Pierce three — turned into a four-point play by a Jeff Green foul — restored order.

Third quarter 8:33, Wizards 70-52: Paul Pierce is torching his former team, and the Wizards are threatening to put this one out of reach.

Pierce has eight points in the third quarter, including two 3-pointers, to give him a game-high 19 on the night.

Halftime, Wizards 58-45: The Wizards lead by 13 at the half after closing out the second quarter on a 12-2 run. When we return from the break, look for the Celtics to put the ball in the hands of Jeff Green, who leads all scorers with 12 points on 4-of-6 shooting.

Second quarter 3:32, Wizards 49-43: Paul Pierce officially moves into 16th place on the all-time scoring list with 25,281, leaping over Reggie Miller to do so.

Pierce has nine points so far in this game to lead a very balanced Wizards attack. Six Washington players have at least six points, including all five starters.

Second quarter 8:37, Wizards 38-33: The Wizards’ second unit is getting the better of the Celtics’ so far. Rasual Butler, who torched the C’s for 22 points off the bench Sunday, has four points in the second quarter as Washington has opened up its largest lead of the game.

End first quarter, Celtics 29-28: Both teams shot over 50 percent from the floor in what was a high-scoring first 12 minutes. Jeff Green, who always seems to play well in his hometown, leads all scorers with 12 points, and Kelly Olynyk has looked solid off the bench with six points on 2-of-3 shooting.

Both of Washington’s ex-Celtics are off to strong starts, with Kris Humphries and Paul Pierce scoring eight and seven points, respectively, in the opening frame.

After starting the game 0-for-5 from the floor, Washington nailed six of its next seven shots to wipe away a 7-0 Celtics lead. The Wizards already have more points than they scored in the entire first quarter Sunday afternoon.

Jeff Green leads the Celtics so far with six points on 3-of-3 shooting.

First quarter 11:59, 0-0: Marcin Gortat wins the opening tip for the Wizards, and we are underway.

One lineup note: Nene will not be available for the Wizards as he nurses a sore right knee. The power forward played 16 minutes off the bench Sunday, finishing with five points and six rebounds.

After suffering through a brutal stretch of eight losses in nine games, the Celtics have won three straight, most recently handing the Southeast Division-leading Washington Wizards a 101-93 defeat Sunday in Boston.

The Wizards won’t need to wait long for their shot at revenge, as the teams meet again Monday in D.C. for the second end of a home-and-home series.

It marks the only time this season the Celtics will play the same opponent on consecutive nights.

The Wizards, a dark-horse pick to win the Eastern Conference, were uncharacteristically sloppy in their visit TD Garden, falling behind by as many as 25 points as they shot just 32.8 percent from the floor through the first three quarters.

Rasual Butler and former Celtic Paul Pierce — who received a series of hearty ovations in his return to Causeway Street — powered a furious fourth-quarter comeback to cut Boston’s lead to one before the Celtics ultimately pulled away in the final minute.

Here are the starting lineups you can expect to see in the rematch:

Tipoff is set for 7 p.m. Follow along with all the action right here, and follow NESN.com Celtics beat writer Zack Cox on Twitter for instant updates and analysis. 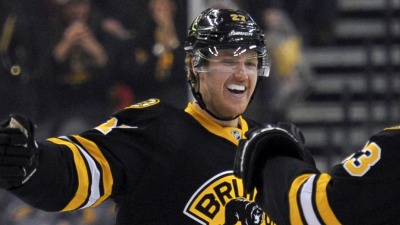