The UEFA Champions League is going to be fun in 2015.

UEFA conducted the draw for the Champions League Round of 16 on Monday in Nyon, Switzerland. Premier League clubs Arsenal, Chelsea and Manchester City and European giants such as Barcelona, Bayern Munich and defending champion Real Madrid learned who they will face when knockout play begins the knockout rounds begin in February.

Champions League Round of 16 Draw, Storylines and Predictions

Paris Saint-Germain vs Chelsea
PSG-Chelsea is one of the glamour matchups of the Round of 16. Chelsea topped PSG on away goals in last season’s quarterfinals, and the upcoming promise action and tension. John Terry and Chelsea’s suffocating defense will be in the spotlight, as it tries to stop Zlatan Ibrahimovic and PSG’s potent attack. The matchup also will reunite PSG defender David Luiz with Chelsea manager Jose Mourinho, who sold him to the French club last summer.

We expect Chelsea to win this one, but it will be close — perhaps as tight as last year.

Shakhtar vs Bayern Munich
Bayern Munich is among the teams with realistic hopes of winning the Champions League, and its potential road to glory will wind through war-torn Ukraine. The teams haven’t played each other before, and Bayern-Shakhtar should produce a lot of goals. Shakhtar forward Luiz Adriano led the group stage with nine goals. Bayern has an embarrassment of attacking riches.

The long winter break will disrupt Shakhtar (as it always does), and Bayern should prevail with few problems.

Schalke vs Real Madrid
Real Madrid blitzed Schalke in last season’s Round of 16, and the Spanish giant should do the same this time around. Real Madrid breezed through the group stage, while Schalke struggled to finish runner-up in Group G.

Real Madrid is trying to become the first team to successfully defend its Champions League crown. Schalke will be no match for Cristiano Ronaldo and Co.

Basel vs Porto
This matchup is perhaps the most open of the Round of 16. Basel finished ahead of Liverpool to clinch second place in Group B. Basel’s reward was a meeting with Porto, which topped Group H convincingly.

The teams have never met before. We expect Basel to reach the quarterfinal in a minor upset.

Manchester City vs Barcelona
Manchester City-Barcelon Mach 2 is a rematch of last season’s Round of 16 meeting, which Barcelona won comfortably. Manchester City is trying to join the ranks of European royalty. Four-time champion Barcelona is standing in Manchester City’s way, and Lionel Messi continues to score at a record-breaking pace.

We expect Barcelona to advance, but the margin will be closet than last season’s.

Juventus vs Dortmund
The tempo and tempers could be high, as Juventus and Dortmund look to make waves in Europe for different reasons. Dortmund is having a wretched season in the Bundesliga (Germany’s first division). A deep run in the Champions League could save the 2014-15 campaign and the job of manager Jurgen Klopp. Juventus might win its fourth-straight Serie A (Italian first division) crown, but the wider world only will respect this team’s quality if does well in the Champions League.

We’re picking Juventus to advance past Dortmund and avenge its loss in the 1997 Champions League final.

Atletico Madrid should advance to the quarterfinal comfortably.

Arsenal vs Monaco
Arsenal is in the knockout rounds for the 15th-consecutive season. Arsene Wenger was Monaco’s boss from 1987 to 1994, and the Arsenal manager is undoubtedly relieved to face Monaco in the Round of 16. Arsenal scores a lot of goals but also concedes many. Monaco doesn’t score much but doesn’t give many away.

This will be interesting, but Arsenal will progress in the end.

UEFA will conduct the semifinal draw April 24, and those games will take place May 5 to 6 and May 12 to 13. 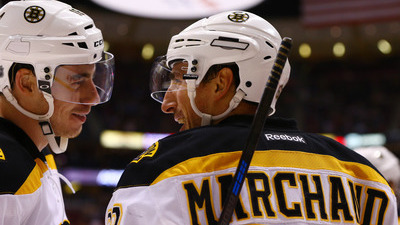 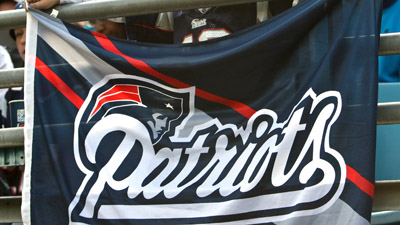