KANSAS CITY, Mo. — Alex Smith thought he had some indigestion. It turned out to be a lacerated spleen.

Now, the Kansas City Chiefs will put their already slim playoff hopes in the hands of career backup Chase Daniel, who will make his second-ever start Sunday against the San Diego Chargers.

The Chiefs need to beat the Chargers and hope that Baltimore loses to Cleveland and Houston gets beat by Jacksonville to reach the postseason for the second straight year.

“The guys have a lot of trust in Chase,” Chiefs coach Andy Reid said shortly after Friday’s practice. “Our heart goes out to Alex. It’s not something he wanted to happen. He wanted to be out there. But the guys know Chase. They’re comfortable with him.”

Smith is expected to miss about six weeks, Chiefs trainer Rick Burkholder said, though his age and fitness level could shorten that timeframe. The Chiefs would need to make the playoffs and then likely advance all the way to the Super Bowl for him to return this season.

“I didn’t know what to make of it,” Smith said. “Once you start hearing how serious it is, obviously yeah, you know the implications as far as not playing — that’s the last thing you want to hear. At the same time, you’re not crazy.”

Smith believes he was hurt on a hit early in the third quarter of last Sunday’s 20-12 loss to the Pittsburgh Steelers. He didn’t feel any pain until after he had showered, and then it felt like cramps and pressure. He visited with the team’s medical staff but didn’t go through full testing.

“Thought it was something I ate,” said Smith, who ultimately took some antacids.

Smith practiced twice early in the week, feeling fine other than some nausea. There had been a stomach virus going around the team that kept wide receiver Dwayne Bowe from practicing all of last week, so Smith and the training staff suspected that might be the cause.

The Chiefs had off for Christmas and Smith didn’t want to leave his family, but a team doctor helped persuade him to undergo a scan, which to his surprise found a 3-centimeter laceration. There was only a bit of bleeding, though, which explained why Smith had so few symptoms.

“If you would take another shot there and the laceration would increase, then you have a medical emergency,” Burkholder said. “This is a 1-in-100 find for our doctors because he didn’t have any signs of a spleen (injury).” 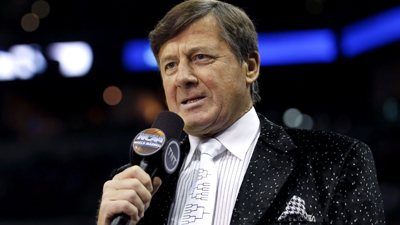