The New England Patriots’ 17-16 win over the New York Jets on Sunday at MetLife Stadium might have been Rex Ryan’s last home game as head coach. Revis had a simple message for Ryan.

“I just told him after the game ‘Good luck, good to see him,’ and that was it,” Revis said. “Just to show him my respects for him coaching me in the past.”

Ryan, as always, didn’t make it easy on the Patriots, as New England squeaked by with the victory while being outproduced by the Jets’ offense 307 yards to 231. Revis did his job, though, allowing only one 25-yard catch to Percy Harvin.

Revis was too focused on that to think about this possibly being Ryan’s last home game as Jets head coach.

“That’s not my focus or my concern,” Revis said. “I still gotta continue to focus on what we’re doing here in New England, and that’s just how I see it.”

Revis was booed while making four tackles in front of his former team’s fans. If Revis noticed them, then he’s not letting on.

“I’m so focused on my job and what I’m doing, none of that matters to me at this point,” Revis said.

Revis will admit that it’s strange to play against the franchise that drafted him. This was Revis’ third meeting against the Jets, for whom he played from 2007 to 2012 before being traded to the Tampa Bay Buccaneers last year.

“It’s always weird because I used to be part of that organization, so it’s always going to be weird, but at the same time, I’ve got to put those feelings aside and do my job,” Revis said.

The Patriots can clinch home-field advantage throughout the playoffs with a win next week against the Buffalo Bills or a Denver Broncos loss to the Cincinnati Bengals on Monday night.

Cristiano Ronaldo Unveils Statue Of Himself At Hometown Museum (Photo) 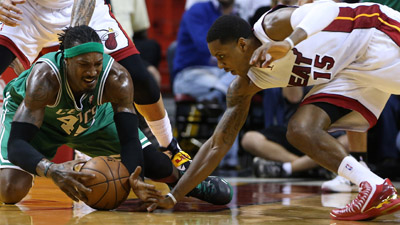