WALTHAM, Mass. — The man they call Boogie could cause some serious problems for the Boston Celtics this week.

Over the past five seasons, Sacramento Kings center DeMarcus Cousins has evolved from a temperamental youngster on a terrible team to not only one of the NBA’s most dominant big men, but also one of its best players, period.

Entering Wednesday’s matchup with the Celtics at TD Garden, Cousins ranks third in the league in player efficiency (28.7 PER) and would slot in at fourth and third in points (24.7) and rebounds (12.3) per game, respectively, if a 10-game, illness-induced absence didn’t prevent him from qualifying.

It’s no surprise, then, that Cousins was the talk of the town Tuesday at Celtics practice.

?When it?s all said and done, they?re still going to the big fella,” head coach Brad Stevens said of Sacramento’s game plan. “On the block, on the top of the key, off pick-and-rolls, off duck-ins — whatever the case may be, he?s a load. He can play.”

“That’s one talented big man over there,” forward Jared Sullinger added. “He does it all. He can pass it, he can shoot it. He scores in a variety of ways. And he’s big.”

Big is right. At 6-foot-11, 270 pounds, Cousins has two inches on Sullinger and nearly 20 pounds on the Celtics’ other starting big, Tyler Zeller. He also possesses a multifaceted offensive game, able to bang down low or strike from the perimeter.

“I watched a game the other day,” Stevens said, “where he hit six or seven 18-to-20-foot shots that I think he was more inconsistent with in the past but still capable. Now he?s good at them. And it just adds a whole other dynamic to their team.”

Celtics guard Marcus Thornton witnessed that transformation firsthand. Thornton spent three and a half seasons with the Kings beginning in 2010 — Cousins’ rookie season.

More often than not, that competitiveness would result in an avalanche of technical fouls. Cousins ranked among the top five in the league in the category in each of his first four seasons, including first in the last two. He widely was branded a hothead, the same label, Sullinger pointed out, that was given to former Celtics point guard Rajon Rondo early in his career.

But while Cousins still racks up personal fouls (4.0 per game this season; tops in the NBA), he’s been much better at controlling his previously fiery temper. Cousins has been T’d up just twice through 20 games.

This, Thornton says, all is part of Kentucky product’s maturation process — one that quickened when the talent around Cousins improved. Not only do the Kings now have a legitimate No. 2 in Rudy Gay, but Cousins also spent his summer playing with Team USA at the FIBA World Cup.

He averaged just 13.7 minutes per game as the Americans cruised to the gold medal but earned in the process valuable experience playing on a team chock full of talent that rivaled his own.

?It?s just him maturing,” Thornton said. “We talk a lot, and I think the USA game helped him a lot. Now, he knows what it?s like to be not that guy. They had a lot of players on the USA (team). I guess now he knows how his teammates feel, and he?s going out there and playing great.” 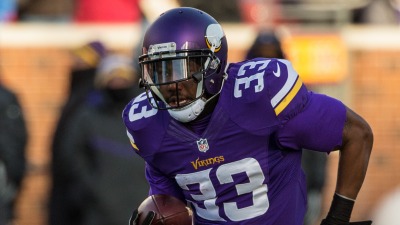 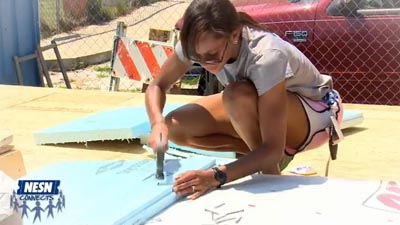 NESN Employees Give Back Through NESN Connects (Video)