The end finally is here. No, seriously this time.

If your fantasy football season isn’t over yet (you’re reading this article, so it obviously isn’t), it will be after Sunday’s full slate of games. Yet the fantasy gods have saved their most cruel for last, as Week 17 arguably is the most difficult week for setting lineups.

Why? Because the NFL lives in reality, not fantasy, and risking a player’s health in a meaningless game with the playoffs on the horizon often isn’t worth it.

Luckily for fantasy owners, the majority of NFL teams in the playoff picture at least have something to play for. But for the few that don’t — the New England Patriots and Dallas Cowboys are the main examples — you should be extra careful about relying on players who could wind up on the bench halfway through the game.

Our advice? Avoid players from those teams altogether if you can. The championships are on the line, and you can’t afford to have one of your starters put up a goose egg.

On that note, here’s who we think you can and can’t rely on to deliver you that glorious fantasy football crown.

STARTS
Eli Manning, Quarterback, New York Giants: Believe it or not, Eli has outscored his brother in each of the last three weeks. He finishes the season with a great matchup against the Philadelphia Eagles’ soft pass defense, plus he has Odell Beckham Jr. on his team. Sounds like a recipe for success.

Alfred Morris, Running Back, Washington Redskins: Morris has had a roller coaster season, but all signs point to him ending on a high note. He ran for 73 yards and a score against the Dallas Cowboys earlier this season and has scored at least a touchdown in all of his five career games vs. Dallas.

Jonathan Stewart, Running Back, Carolina Panthers: Stewart has emerged as a late-season boon for many fantasy owners, and he has a chance to finish strong against the Atlanta Falcons, who have allowed the most fantasy points to opposing running backs in standard-scoring leagues this season.

Alshon Jeffery, Wide Receiver, Chicago Bears: Sure, the Bears don’t have the best quarterback situation right now. But Jeffery has posted 452 receiving yards and four touchdowns in four career games against the Minnesota Vikings, and the Bears might have to throw a ton to stay in this one.

Golden Tate, Wide Receiver, Detroit Lions: Tate hasn’t topped 100 yards since Week 10, but he’s still seeing plenty of targets. Matthew Stafford will need to air it out to keep up with Aaron Rodgers and the Green Bay Packers, which could make Golden a valuable start, especially in PPR leagues.

SITS
Tony Romo, Quarterback, Dallas Cowboys: The Cowboys claim their starters will play Sunday. Not that we don’t believe them, but if Dallas opens up a lead on the Washington Redskins, Romo could make a quick exit. With a fantasy championship on the line, it’s not worth the risk.

Tre Mason, Running Back, St. Louis Rams: Yes, we know Mason put up 85 yards and a touchdown against the Seattle Seahawks earlier this season. But the Seahawks have allowed three touchdowns TOTAL in their last five games, and this game is in Seattle. No one on the Rams is worth starting here.

Frank Gore, Running Back, San Francisco 49ers: Gore had a monster game against the San Diego Chargers last week, but don’t expect a repeat. The Arizona Cardinals’ defense has been great against the run (except for last week) and held Gore to just 10 rushing yards on six carries in Week 3.

Sammy Watkins, Wide Receiver, Buffalo Bills: Watkins has produced in two of his last three games, but a matchup against Darrelle Revis and the New England Patriots should change that. Besides, Watkins managed just two catches for 27 yards against New England earlier this season.

Steve Smith, Wide Receiver, Baltimore Ravens: Smith hasn’t topped 100 receiving yards since Week 6, and he’ll have a hard time breaking that trend against Joe Haden and the talented Cleveland Browns secondary. Smith has given you plenty this season; it’s time to look elsewhere. 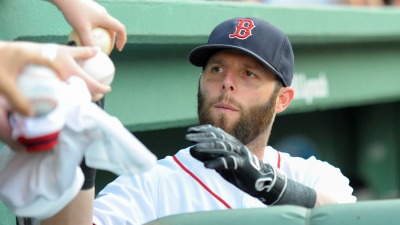