The Week 1 New England Patriots weren’t exactly a New York Jets-level disaster, but they were a mess.

Even after four successful preseason games and several key offseason acquisitions, New England traveled down to Miami, lost, and put Patriots fans in a half-season tailspin. The Patriots bottomed out Week 4 against the Kansas City Chiefs, but their struggles began in the second half of their Week 1 33-20 loss to the Dolphins, when they allowed 20 unanswered points and relinquished a 20-10 halftime lead.

That’s unlikely to happen Sunday when the Dolphins come north to Foxboro to take on the Patriots, and here are five reasons why:

1. Gronk was a shell of himself.
Patriots tight end Rob Gronkowski was just eight months removed from ACL surgery and didn’t play a single snap in the preseason. He was on the field for just 38 of the Patriots’ 86 offensive snaps and probably should have played even fewer. He looked clumsy at times and lacked confidence, burst, strength and agility.

He was a shell of himself and still caught four passes for 40 yards and a touchdown.

There’s also the issue that in Week 1, quarterback Tom Brady definitely was forcing the ball to Gronk, to the detriment of the offense. Brady targeted Gronk on 11 of the tight end’s 25 passing snaps.

2. The Patriots won’t treat this matchup like a fifth preseason game.
Here’s the other issue with the Patriots’ Week 1 offense: Head coach Bill Belichick didn’t know which players made up his best starting unit.

Kenbrell Thompkins — since cut — and Danny Amendola received more snaps than star free-agent acquisition Brandon LaFell. Marcus Cannon and Jordan Devey started over Ryan Wendell and Bryan Stork. There was no continuity, and quite frankly, Belichick and the rest of his front office put too much confidence in the wrong players. They’ve since corrected these issues.

It wasn’t much better on defense. The Patriots tried to run a 3-4 with Chandler Jones at defensive end, and they were run over by running back Knowshon Moreno — now on injured reserve with a torn ACL. They also hadn’t decided on starting cornerbacks or a strong safety. Players were coming on and off the field after nearly every offensive and defensive snap.

Those issues have since been resolved, and it’s rare to see the Patriots substitute receivers or defensive backs at this point.

3. The Patriots magically improved their run defense.
OK, so maybe it wasn’t magic, just common sense. As stated above, the Patriots tried to use a three-man front with Jones playing an interior role. He had trouble holding his ground against the run, and the Dolphins ran for 191 yards on 38 carries with a touchdown.

Nose tackle Sealver Siliga was attempting to play with a club over his broken right hand, and it obviously effected his game. Linebacker Jamie Collins still looked hesitant while trying to take on a new role.

Now the Patriots stay in a four-man front for the most part, and their run defense looked better than ever in the second half against the San Diego Chargers, when they didn’t allow a single positive gain to a running back.

The Patriots have helped fortify their run defense with some key additions: defensive tackle Alan Branch and edge defender Akeem Ayers, both of whom have been stout. Eventually, I hope to see the Patriots show a defensive front that includes Branch, Siliga and Vince Wilfork. Running through that 1,000 pounds of mass will be nearly impossible.

The Patriots went from being absolutely terrible against the run to elite overnight. We’ll see if that’s sustainable, but five weeks isn’t exactly a small sample size when dealing with the NFL.

4. Brandon Browner returned.
The Patriots stuck Revis on wideout Mike Wallace in Week 1, and then basically threw their hands in the air with the rest of the matchups. Alfonzo Dennard received 52 snaps, Logan Ryan saw 19, Malcolm Butler was on the field for 28 snaps and Kyle Arrington got 31 snaps.

The Patriots now seem to have decided on Revis, Brandon Browner, who served a four-game suspension to start the year, and Arrington as their top three cornerbacks, and it’s for the best.

Expect Revis on Wallace, Browner on Brian Hartline and Arrington on rookie slot receiver Jarvis Landry this week. And since Revis slightly struggled against Wallace in Week 1, it could be a long day for the speedy wideout Sunday as the star cornerback plays with vengeance on his mind.

5. The game is at Gillette Stadium.
This makes a pretty gigantic difference. The Dolphins are 1-11 against Tom Brady in Foxboro, and their one win came way back during the 2005 season, when Brady started and rookie Matt Cassel took over in the second quarter. The Patriots had locked up their playoff spot and rested starters.

That’s not to say that the 2014 Dolphins have anything to do with the 2005, 2007 or 2001 teams, but there’s a historical lack of success for the Dolphins in Foxboro, and that probably has a lot to do with the cold. Temperatures are expected in the high 30s Sunday. 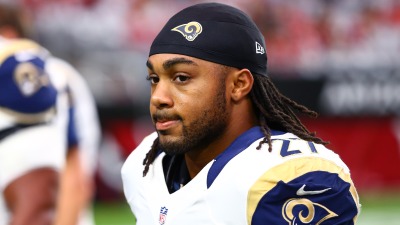 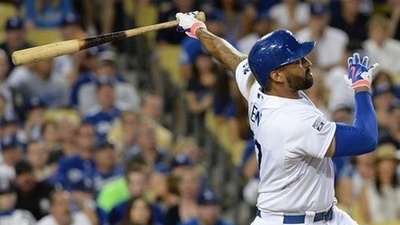