Jim Harbaugh Press Conference Live: 'I've Dreamed About This Since I Was Young' - NESN.com Skip to content

12:40 p.m.: Harbaugh wraps up the presser in a pretty wonderful way.

12:38 p.m.: Harbaugh’s decision to leave the NFL was made “without a list.” He said it was a decision he made with his heart.

12:37 p.m.: Harbaugh got a lot of laughs explaining how he first talked to the team.

12:36 p.m.: Harbaugh said there are no turnarounds at Michigan.

12:35 p.m.: He just became the head coach, but already questions are pouring in about which assistant coaches he’ll bring in.

12:31 p.m.: Harbaugh makes no guarantees about Michigan’s rivals or about winning.

12:30 p.m.: One young journalist gets a personal shoutout from Harbaugh.

12:22 p.m.: Harbaugh says he can remember thinking about becoming the head coach of Michigan as a “youngster.”

“I’ve thought about it, dreamed about it and now it’s time to live it.”

Harbaugh says he looked up to his dad, who coached at Michigan, and said it was something he wanted to emulate.

The first question Harbaugh gets asked if this gig is just a stop-over job. He’s hopeful it’s not.

12:17 p.m.: Harbaugh wraps up his opening remarks by pledging greatness.

12:14 p.m.: Harbaugh takes some time to introduce every member of his family before thanking many people at the university, including “good friends Brady and Laura Hoke.”

12:12 p.m.: Harbaugh looks relaxed at the podium, telling stories of his family’s homecomings to Ann Arbor.

The new coach apologizes for his voice, as he lost it after some Gatorade was poured on him after his final game with the San Francisco 49ers.

Harbaugh also had some jokes to kick off the presser.

12:09 p.m.: Hackett added that Harbaugh was a candidate for any of the head-coaching vacancies in the NFL that opened Monday, but he “chose to come home.”

12:02 p.m.: Harbaugh entered the room to plenty of applause from former players.

11:54 a.m.: Jack Harbaugh is in the house sporting a maize and blue tie, according to multiple reports.

After heavily recruiting Jim Harbaugh over the course of a few weeks, the former head coach of the San Francisco 49ers signed an agreement to become the Wolverines’ next coach Monday night, and he will be introduced at a news conference scheduled at noon Tuesday.

The financial details of the deal have begun to leak out, with Harbaugh taking much less than the rumored $8-9 million per year.

Michigan hopes Harbaugh can resurrect its football program that has certainly seen better days. With only two 10-win seasons in the last 11 years, U-M is counting on the man who once suited up as quarterback for the same university to return the program to elite status.

Harbaugh’s introductory presser is set to being in just a few short moments, so keep it here on NESN.com for everything you need to know from Ann Arbor. 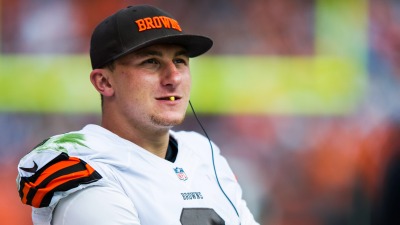 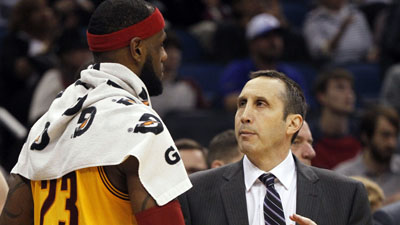