The Boston Red Sox chose to think with their heads rather than their hearts.

Jon Lester reportedly agreed to a six-year, $155 million contract with the Chicago Cubs on Tuesday, making him the second-highest paid pitcher in Major League Baseball in terms of average annual value ($25.83 million). The Red Sox probably could have matched the Cubs dollar-for-dollar — likely resulting in a Boston reunion — but they instead refrained from becoming too emotionally invested in the saga.

The Red Sox absolutely wanted to bring back Lester this offseason, only they wanted to do so on their terms. Once the Lester bidding extended beyond Boston?s comfort zone, the organization needed to decide whether to alter its self-imposed threshold or stick to the plan. The Sox took the latter route.

The Red Sox?s decision to not go beyond six years and $135 million for Lester wasn?t as much stubborn, frugal and merciless as it was systematic. Boston has been reluctant to dish out long-term contracts to pitchers over 30, and while the Red Sox were willing to making an exception for Lester, there still was a barrier the club was unwilling to cross. Two World Series rings and past success weren’t enough to cloud Boston’s organizational vision.

Every scenario has a point at which the best course of action is to stand up and walk away from the table. The Red Sox felt that point in this particular instance was $20 million less than the Cubs? highest bid. It?s hard to blame them given the number of lucrative, long-term contracts that have backfired in recent years.

This isn?t to say Lester doesn?t deserve everything he just received. The three-time All-Star is an extremely reliable and durable pitcher capable of spearheading a rotation. He?s a huge addition to the Cubs, who suddenly look like contenders in the National League Central. But Lester joined some elite company with his new contract, making it easy to forget that there were legitimate questions as recently as 2013 about whether he fit the ?ace? mold.

Lester?s 2014 campaign marked his first season with an ERA under 3.00 (2.46) since breaking into the majors in 2006. In that span, Kershaw has had six seasons with a sub-3.00 ERA, Adam Wainwright has had four while Felix Hernandez and Zack Greinke each have had three. Will the Red Sox rue the day they let Lester get away? Perhaps. Boston?s rotation remains in shambles, meaning general manager Ben Cherington can?t waste any time in attempting to orchestrate some magic not involving Lester.

The silver lining is that the Red Sox avoided potentially overpaying a player because he tugged at their heartstrings as much as Boston tugged at his. 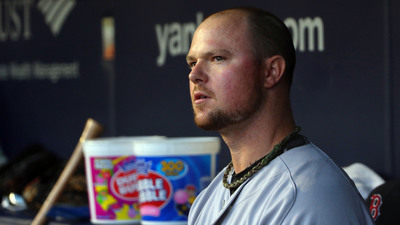 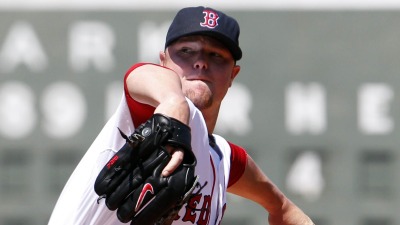