Brian Butterfield might be the most important man in the Boston Red Sox organization right now.

The infield coach?s fungo bat will be put to good use in the coming months, as the Red Sox?s infield defense will be paramount to the team?s success — or lack thereof — in 2015. The Red Sox added three starting pitchers — Wade Miley, Rick Porcello and Justin Masterson — at the Major League Baseball winter meetings, and all three reflect what clearly has become an organizational philosophy.

The Red Sox reportedly agreed to a trade with the Arizona Diamondbacks on Wednesday that will send Rubby De La Rosa, Allen Webster and a minor leaguer to the desert in exchange for Miley. The Sox dipped back into the trade market Thursday by acquiring Porcello from the Detroit Tigers in exchange for Yoenis Cespedes, Alex Wilson and minor leaguer Gabe Speier.

The assumption at that point was that the Red Sox?s next move would be to land an ?ace,? or someone to spearhead a rotation comprised of four middle- to back-of-the-rotation starters. Instead, the Red Sox reportedly agreed to a one-year, $9.5 million contract with Masterson, whose addition emphasizes Boston?s obvious desire to obtain ground-ball pitchers capable of eating innings.

?We?re just looking for the best fits,? Red Sox general manager Ben Cherington told reporters in San Diego on Thursday, downplaying the significance of landing three worm-killers. ?Guys that keep the ball out of the air, there?s some benefit to that in Fenway Park, obviously. There are fly-ball pitchers we looked at, too. There are different ways to pitch, and there?s not a certain type that we?re looking for.?

Perhaps it?s a coincidence that Boston filled out its rotation — other deals still are possible, of course — with three ground-ball pitchers. The more likely scenario, however, is that the Red Sox saw an opportunity to leverage their flexibility and land three hurlers whose skill sets, in theory, should play well at Fenway.

Masterson, in particular, is an interesting addition because he?s coming off an awful season with the Cleveland Indians and St. Louis Cardinals. The right-hander, who was traded to St. Louis in July, went 7-9 with a 5.88 ERA in 28 appearances (25 starts) and eventually was left off the Cardinals? playoff rosters.

The Red Sox clearly see something in Masterson, who was an All-Star in 2013. The commitment is minimal given that it?s reportedly a one-year pact, but Boston obviously is confident enough in the pitcher?s ability to bounce back that it was willing to roll the dice even after acquiring two other pitchers this week. Chances are the Red Sox?s belief stems from both his familiarity with manager John Farrell, who was the organization?s pitching coach when Masterson broke into the majors with Boston in 2008, and the righty’s ground-ball tendencies.

Among pitchers with at least 450 innings since the beginning of 2011, only Charlie Morton, Jake Westbrook and Alex Cobb have better ground-ball rates than Masterson?s 56.5 percent mark. Porcello ranks 10th in the majors in that span (52.1 percent). Miley ranks 23rd (48.6 percent).

Masterson was especially prolific in terms of inducing ground balls during his 2013 All-Star campaign. He led the majors with a 58 percent mark. Porcello ranked third (55.3 percent). Miley ranked seventh (52 percent).

Forcing hitters to hit the ball on the ground doesn?t guarantee success. It does, however, give pitchers a leg up on the competition, especially in a park like Fenway, where the Green Monster looms large. Thus, the Red Sox?s infield will need to be on its toes next season.

The Red Sox still could go out and land an ace this winter. They have the pieces to be creative, especially since they weren?t forced to part ways with any top-level prospects in exchange for the three guys mentioned. If they don?t land a legitimate No. 1 starter, their apparent new philosophy truly will be tested.

You can bet Butter?s licking his chops. 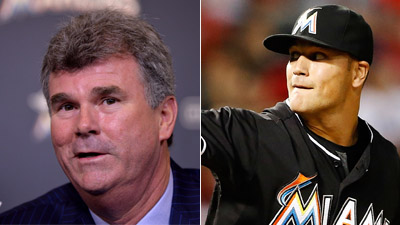 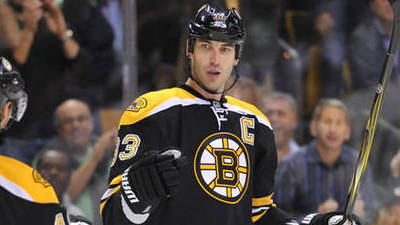