CARSON, Calif. — Landon Donovan is retiring as a champion, thanks to one brilliant goal by Robbie Keane.

Keane scored on a breakaway in the 111th minute, and Donovan won his record sixth MLS title Sunday in the LA Galaxy’s 2-1 victory over the New England Revolution in the MLS Cup.

Gyasi Zardes scored in the 52nd minute, as the Galaxy won their record fifth league title in the final game for Donovan, the MLS career scoring leader and most accomplished soccer player in U.S. history.

Donovan, Keane and the Galaxy have won three of the last four league championships, celebrating all three on their home field.

Donovan won the sixth trophy of his 14-year MLS career, adding his fourth title with the Galaxy to a pair from early in his career with San Jose. Coach Bruce Arena won his record fifth MLS Cup, including the last three with the Galaxy, who haven’t lost at home since their season opener.

After Chris Tierney scored the tying goal in the 79th minute for New England, both teams had golden opportunities in extra time before Keane capped his MVP season with the dynamic winner in the second period.

Despite an outstanding second half and several extra-time chances, New England lost the MLS Cup for the fifth time — including three times to the Galaxy on extra-time goals. Keane followed in the footsteps of Carlos Ruiz, who beat the Revs in 2002, and Guillermo Ramirez, who did it in 2005.

After a scoreless first half, Zardes scored the first goal since Sept. 28 for the 23-year-old native of nearby Hawthorne, Calif. But after the Galaxy missed numerous chances to add to their lead, New England pressed for an equalizer. Substitute Patrick Mullins got past Leonardo and Omar Gonzalez on a frantic run before chipping back to Tierney, who beat Jaime Penedo for his second playoff goal.

After Tierney’s equalizer drained the energy from the Galaxy and their crowd, Teal Bunbury pinged a chip shot off Penedo’s crossbar in the 85th minute. 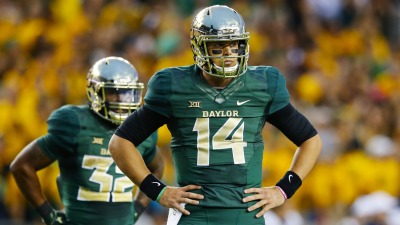