The club agreed to a six-year, $24 million contract extension Wednesday with Martinez, the defenseman whose overtime goal won the Stanley Cup for the Kings in June.

Martinez has been a dependable defenseman for the Kings ever since the Detroit-area native cracked their lineup in late 2010. The former fourth-round draft pick has 25 goals and 37 assists in 221 career NHL games, all with Los Angeles.

Martinez scored a career-best 11 goals in the regular season last year, but it was just a prelude to two of the biggest goals in franchise history.

Martinez’s Game 7 overtime goal off Nick Leddy’s torso sent the Kings past the Chicago Blackhawks in the Western Conference finals, ending a grueling series between the two teams widely considered the NHL’s best last year. Twelve days later, his shot into an open net in Game 5 against the New York Rangers handed the Kings their second Stanley Cup title in three years.

Martinez added a personal touch to the moment by throwing off his gloves and wildly shaking his arms at his teammates, a gesture forever immortalized by Kings fans as “Jazz Hands.”

Martinez’s ice time and responsibilities have risen this season in the absence of departed free agent Willie Mitchell and suspended Slava Voynov. He returned from a seven-game injury absence Tuesday for the Kings’ 2-0 win over Boston. Martinez would have been a restricted free agent next summer, and he likely would have commanded a heftier salary given the paucity of veteran defensemen headed to market next year.

But Martinez followed most of his teammates’ lead by valuing the Kings’ winning culture and outstanding lifestyle over free-agent uncertainties. The Kings also showed their commitment by signing another two-time Stanley Cup champion to a long-term deal. Los Angeles already has more than $60 million in salary commitments to 14 players for next season.

J.J. Watt Was Mic’d Up During Matchup With Titans, Is A Beast (Video) 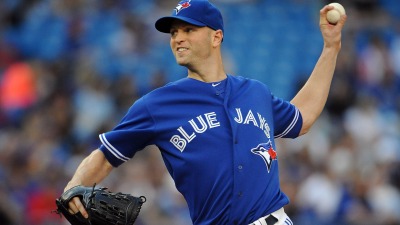