Final, 1-0 Liverpool: It’s all over. Liverpool leaves Turf Moor with all three points.

Liverpool will take the win after laboring for 90 minutes against Burnley. The hosts were the better team throughout, but Sterling’s goal mattered most. Liverpool converted one of the few chances it created into a goal. Burnley was more threatening but failed to turn its advantages into goals.

The win moves Liverpool up to ninth in the standings. Burnley still is stuck in the relegation zone.

90th minute, 1-0 Liverpool: There will be a minimum of three minutes of added time in the second half.

89th minute, 1-0 Liverpool: Sterling shoots over the bar with a speculative effort from 20 yards out.

86th minute, 1-0 Liverpool: Burnley still is pressing the issue, but Liverpool is doing a better job of containing the Clarets.

82nd minute, 1-0 Liverpool: Lucas is cautioned for a cynical foul on Arfield.

77th minute, 1-0 Liverpool: Ings dances around Lucas and shoots from 30 yards out but he misses the target.

75th minute, 1-0 Liverpool: Lambert appeared to have scored after Gerrard set him up with an incisive through-ball, but the referee’s assistant ruled the Liverpool striker offside.

72nd minute, 1-0 Liverpool: Coutinho dribbles to the edge of Burnley’s penalty area and shoots, but he misses by a foot or so. A defender might have deflected Coutinho’s shot.

67th minute, 1-0 Liverpool: Burnley has responded well to Liverpool’s goal, increasing the pressure on the visitors.

63rd minute, 1-0 Liverpool: Mignolet makes a kick-save on Arfield’s shot at the near post.

62nd minute, 1-0 Liverpool: Sterling scores on the break, and the Reds have the lead.

Coutinho flicked a no-look pass forward to Sterling, who rounded Heaton and slotted a shot into the open goal.

Sterling now is thriving in his role as Liverpool’s attacking spear-head.

58th minute, 0-0: Coutinho smashes a shot into a defender, as the Reds try to get something, anything, going against Burnley in the second half.

52nd minute, 0-0: Burnley still is the main protagonist in the opening minutes of the second half. Liverpool hasn’t managed to sync its lines or string more than a few passes together, while Burnley remains the more positive team as it hunts for the opening goal.

Liverpool made one substitution at halftime, replacing Toure with Can. The versatile German has taken up Toure’s position on Liverpool’s three-man back line.

Halftime, 0-0: That’s the end of the first half. It’s goal-less at Turf Moor.

Two teams were on the field in the first half, but Burnley, not Liverpool, looked like it was positioned higher in the standings. The Clarets dominated the first 45 minutes, and the Reds delivered a head-scratchingly limp performance. Burnley was composed and confident in its passing. Liverpool was the opposite in its approach play.

Jones’ injury is cause for concern, as Mignolet shows no sign of improving on the form that prompted Rodgers to bench him in the first place.

The lone bright spot for Liverpool is the score-line. Burnley hasn’t found the opener but it looked much more likely to do so in the first half than the Reds.

45th minute, 0-0: Marney shoots high from 25 yards out. Burnley has dominated the first half.

41st minute, 0-0: Burnley remains in firm control of proceedings. Liverpool has struggled to establish a rhythm to its passing game, and Mignolet hasn’t instilled a sense of security at the back.

36th minute, 0-0: Mignolet punches the ensuing corner kick but fails to clear it. The sequence ends with Barnes’ overhead kick, which misses the target.

34th minute, 0-0: Burnley has Liverpool pinned in its own third, but the Reds’ desperate defending is keeping the hosts from crafting clear goal-scoring chances in this stage of the half. Toure, Skrtel and Gerrard each have made interventions inside Liverpool’s penalty area.

Gerrard’s pass sent Lallana in for the chance. Sterling did well to dummy Gerrard’s through-ball, allowing it to continue to the positive Lallana.

Burnley has started better than Liverpool, and the hosts have advantages in possession, territory and chances created after 20 minutes.

21st minute, 0-0: Mignolet takes to long to clear the ball, and it hits Ings. Mignolet recovers it, but it’s a nervous moment at the back for Liverpool.

19th minute, 0-0: NBC reports Jones is receiving treatment for a thigh injury. Jones undoubtedly will be disappointed, as he was enjoying his first run of games in nearly two years and hoped to earn a new contract with Liverpool.

16th minute, 0-0: Liverpool is making an early substitution. Jones walks gingerly off the field. Mignolet returns to the fold after a three-game absence.

14th minute, 0-0: Ings hits the post, and a teammate misses with the follow-up effort. Liverpool dodges a bullet after Skrtel lost track of the Burnley forward.

14th minute, 0-0: Heaton touches the ball for the first time after Coutinho’s deflected shot reaches him.

Fifth minute, 0-0: Sterling dribbles into Burnley’s penalty area and shoots with his left foot, but his effort misses the target.

Fourth minute, 0-0: Arfield pushes play deep into Liverpool’s half and passes to Ings inside the Reds’ penalty area. Ings twists and turns but ultimately loses possession to Toure, and Jones collects the loose ball.

Third minute, 0-0: The game has started slowly, as the teams share possession in the midfield areas.

Kickoff: The Premier League game between Liverpool and Burnley is underway.

Pregame: Liverpool is trying to win on Boxing Day for the first time since 2009.

The teams are sticking with their pre-Christmas starting lineups, and it’s the first time in 2014-15 that Liverpool names an unchanged starting 11.

Burnley fell to Tottenham last Saturday, and Liverpool drew with Arsenal in a chance-filled encounter Sunday.

The bench is where Rodgers has changed things, as Balotelli returns from suspension (and injury).

Ojo could make his first-team debut. Liverpool signed Ojo, one of England’s brightest talents, from MK Dons in November 2011. He was just 14 at the time. The now 17-year-old attacker can play on either wing, and Rodgers might use him as a substitute for Coutinho, Lallana or Sterling, depending on how the game proceeds.

Liverpool reaches the halfway point in the 2014-15 Premier League season Friday when it visits Burnley at Turf Moor. The Reds are in the spirit of the festive season, as they play the first of three league games between now and Jan. 1. Liverpool hopes to climb into the loftiest and most lucrative places in the standings, and Friday’s game against the Clarets can spark a run of positive results in the second half of the campaign.

Liverpool enters the Burnley game on the back of a trio of encouraging performances. Manager Brendan Rodgers introduced a new system earlier this month, which has help Liverpool rediscover some of the finer aspects of its game. Midfielder Joe Allen is out with a knee injury, and striker Fabio Borini is suspended, but Rodgers has a host of other options at his disposal.

Burnley started slowly, but its results are starting to improve. The Clarets have won three and drawn two of their last seven Premier League games, but they still sit 18th in the Premier League standings. Sean Dyche is trying to steer his newly promoted team clear of relegation, but the Burnley boss must find a way to increase his team’s goal-scoring rate. Burnley only has scored 12 goals in 17 games this term, and only seven have come at home — the lowest total in the league.

Liverpool-Burnley kicks off at 10 a.m. Join us right here for all the action from Turf Moor. 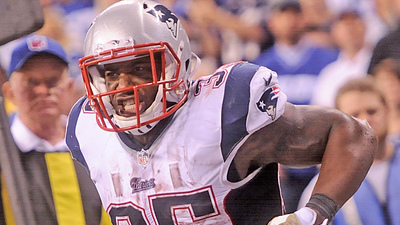