BOSTON — There’s this idea among casual fans, most likely based upon Gregg Popovich’s interactions with sideline TV reporters, that the San Antonio Spurs coach is a jerk. That he’s difficult to deal with. That he’s a grouch.

The truth is, while Popovich is a curmudgeon, he’s sort of a lovable one.

Popovich gave his share of grief to the microphone-wielding set prior to Sunday’s game against the Celtics, but he also provided a glimpse into what makes his model organization tick in the eight solid minutes he met with the media. After missing the previous two games to undergo an undisclosed minor medical procedure, Popovich waxed philosophical about books and how he’s been able to rebuild over time without tanking.

“It’s not a challenge if you have people that have character and people you don’t have to motivate,” Popovich said. “I do very little of that stuff. I correct and we watch film and we teach and do those sorts of things, but I don’t do any Knute Rocknes or anything like that.

Of course, not every player is as self-motivated as Leonard — or Tim Duncan and David Robinson, for that matter. Again, due to his in-game interviews, Popovich projects the image of a bearded Bear Bryant. He’s actually a milder touch, even if he’s no Stuart Smalley.

“Our method is usually tough love,” he said. “I don’t think coddling someone and blowing smoke at them really works, and beating them to death mentally doesn’t work. So to give them a clear picture of what’s demanded and needed is the first important thing, and then showing the care and concern after that. Being there for them on the court, caring for them off the court, understanding who they are on the planet, what makes them tick, you do all that.

“And if that doesn’t get through, get rid of them.”

— It should come as no surprise that a Frank Vogel-coached team is proving to be a tough out, but the Indiana Pacers have proven to be no pushover despite losing Paul George and Lance Stephenson to injury and free agency, respectively.

The Pacers are a tough, aggressive group. A resurgent Roy Hibbert is the anchor, but Vogel has also coaxed career performances out of Solomon Hill, Chris Copeland and Donald Sloan, along with getting some decent play out of plug-and-play starter Rodney Stuckey.

Indiana isn’t going anywhere in May, but they’re showing that squad with a winning culture doesn’t die easily.

— Record-setting gunner Kobe Bryant has 6,000 career assists. That’s more than Larry Bird, arguably the greatest passing forward ever, who handed out 5,695 assists in his career.

We only mention this to relate a story from the 1990-91 season, when Bird became one of the few players in NBA history with both 20,000 points and 5,000 assists. Bird’s teammate Kevin McHale was, er, less known for his passing. As recounted in the book “Unfinished Business,” when asked if he’d ever achieve 5,000 assists, McHale told the Boston Herald’s Steve Bulpett: “I sincerely hope not.”

— A.J. Price’s tour of 2013 Eastern Conference finalists came full circle when the Cleveland Cavaliers reclaimed him off waivers. After spending 10 games with the Pacers, averaging 10.5 points in 19.3 minutes per game, the second-year guard out of UConn was waived by Indiana last week and almost immediately scooped up by the Cavs, with whom Price spent the preseason.

From getting starter’s minutes and averaging double figures to joining a potential conference finals contender? Not a bad way to live, all things considered.

“Kyrie’s going to get baskets — or to go try to get baskets — however possible,” Zeller said. “You set a pick and roll with him, every once in a while he’ll dish it back, but most of the time he’s going to go. With Rondo, you set up a pick and roll, he’s trying to pass. If he happens to get a layup, he’ll take it, but you’ve always got to be ready.”

Irving drew some early-season criticism, not all of it accurate, over being a bit too shot-happy with the star-laden Cavs. So hearing an insider’s view from a former teammate is a bit more informative than the folks whose critiques of Irving basically begin and end with, “He should pass more.” 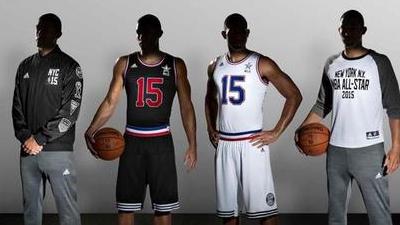 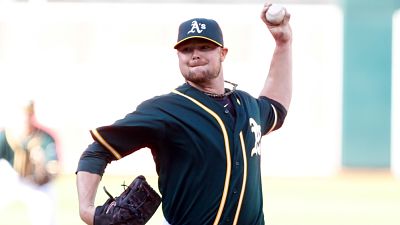