Pride is on the line in the NFL season’s penultimate week.

Pride and playoff positioning, that is.

Thirteen games on the slate could impact seeding, division titles or who even makes the postseason field. The New England Patriots are trying to sew up home-field advantage throughout the playoffs in the AFC, while five teams are in the hunt for the same honor in the NFC.

Let’s see how our “experts” see things shaping up this week.

THIS WEEK:
Tennessee Titans (2-12) at Jacksonville Jaguars (2-12), Thursday, 8:25 p.m. ET
Ben: Titans. It’s time to get daring to make up my five-game deficit, so I’m taking the Titans to pull off the “upset.” #DoYouBelieveInMiracles
Darren: Jaguars. This game makes me sad. I’ll take the home team, since the away team somehow lost to the Jets last week.
Mike: Jaguars. Why are we all such big football fans when we can point to this game as proof that the NFL hates us all?

Philadelphia Eagles (9-5) at Washington Redskins (3-11), Saturday, 4:30 p.m. ET
Ben: Eagles. DeMarco Murray and Dez Bryant capitalized on Philly’s cracks last week, but the Redskins have no such threats to take advantage of said cracks.
Darren: Eagles. I’m sticking to my theory that Washington will lose every game in which Robert Griffin III is its starting quarterback.
Mike: Eagles. Philadelphia hammers bad teams, and the Redskins, as we all know, are a bad team.

San Diego Chargers (8-6) at San Francisco 49ers (7-7), Saturday, 8:25 p.m. ET
Ben: 49ers. Neither team has played up to snuff of late, but I trust the Niners defense to deliver at home against Philip Rivers and the scuffling Bolts offense.
Darren: 49ers. The Chargers’ offense has struggled mightily in the last two weeks. That’s good news for a Niners team that will score just enough to snap its losing streak.
Mike: 49ers. The Chargers all of a sudden can’t do anything offensively, and that will be even more pronounced now that they’ve lost Keenan Allen.

Baltimore Ravens (9-5) at Houston Texans (7-7), Sunday, 1 p.m. ET
Ben: Ravens. The Texans should probably just run the wishbone or some other offense that doesn’t require passing the ball.
Darren: Ravens. The Texans literally don’t have a starting quarterback. But if they put J.J. Watt back there, I might have to change this pick.
Mike: Ravens. If there’s one team that’s going to crash the Broncos/Patriots AFC party, it’s going to be the Ravens. They’re starting to put things together.

Cleveland Browns (7-7) at Carolina Panthers (5-8-1), Sunday, 1 p.m. ET
Ben: Panthers. As much as it pains me to break my streak of taking the Browns every week, I cannot in good conscience take a Johnny Manziel-led squad after last Sunday’s debacle.
Darren: Panthers. Sorry, Manziel, but you looked awful last weekend. The Panthers are hot, and they’ll win their third straight to keep pace in a highly competitive NFC South division.
Mike: Panthers. Cam Newton two weeks removed from a car crash is still better than Manziel.

Detroit Lions (10-4) at Chicago Bears (5-9), Sunday, 1 p.m. ET
Ben: Lions. Jay Cutler answered three questions in his postgame interview after the loss to the Saints. Maybe he’ll do everyone a favor and answer zero this week.
Darren: Lions. If you watched any of Chicago’s Monday night debacle against the Saints, I don’t need to explain this pick to you.
Mike: Lions. This game will be over faster than a Cutler press conference.

Green Bay Packers (10-4) at Tampa Bay Buccaneers (2-12), Sunday, 1 p.m. ET
Ben: Packers. Nothing like the Tampa Bay Buccaneers to help a team rediscover its identity after a rough road loss.
Darren: Packers. The Packers’ schedule just might save them. If both Green Bay and Detroit take care of business, it sets up a showdown for the NFC North at the friendly confines of Lambeau Field.
Mike: Packers. There’s no reason to think the Packers shouldn’t bounce back after just a brutal performance last week, but if they take that for granted, we could see another repeat of this.

Kansas City Chiefs (8-6) at Pittsburgh Steelers (9-5), Sunday, 1 p.m. ET
Ben: Chiefs. Kansas City has been such a letdown since Week 12. But, again, it’s time to get daring, so I’ll take my chances against a Pittsburgh team that can’t decide what it is.
Darren: Steelers. Le’Veon Bell should be licking his chops about facing a Chiefs run defense that’s allowed nearly five yards per carry this season.
Mike: Steelers. As Darren alluded to, it should be the Le’Veon Bell show for Pittsburgh. It should be that way for the rest of the season, really.

Minnesota Vikings (6-8) at Miami Dolphins (7-7), Sunday, 1 p.m. ET
Ben: Dolphins. I’ve got to admit, I did not see Teddy Bridgewater’s back-to-back 300-yard passing performances coming. Miami’s defense will put a stop to that.
Darren: Dolphins. The Vikings are playing pretty good football right now, but I can’t see them knocking off a somewhat competent Dolphins team on the road.
Mike: Dolphins. The Vikings have spent all season playing outside in Minnesota, and now they’re supposed to win in Miami where the forecast for Sunday is sunny and 80? Yeah, OK.

New England Patriots (11-3) at New York Jets (3-11), Sunday, 1 p.m. ET
Ben: Patriots. Geno Smith is flying high after leading his club to a victory, and he’ll celebrate Rex Ryan’s last Pats-Jets showdown by … getting sacked four times and intercepted twice, probably.
Darren: Patriots. Four of the last five games between these teams have been decided by three points or less. This will be closer than some expect, but the Patriots will find a way to win/the Jets will find a way to lose.
Mike: Patriots. This is the Jets’ Super Bowl — it’s probably Rex Ryan’s final home game as head coach — but the Patriots are simply too good.

New York Giants (5-9) at St. Louis Rams (6-8), Sunday, 4:05 p.m. ET
Ben: Rams. Yay, football!
Darren: Rams. No one has been able to stop Odell Beckham Jr. recently, but the Rams haven’t allowed a touchdown in three games. Something’s gotta give.
Mike: Rams. The Rams can still finish .500, and I guess that’s enough motivation in a matchup between two teams that otherwise have absolutely nothing to play for.

Buffalo Bills (8-6) at Oakland Raiders (2-12), Sunday, 4:25 p.m. ET
Ben: Bills. The Jeff Hostetler Bowl will go to the team that isn’t the Raiders.
Darren: Bills. It’d be very Bills-like if they beat the Packers and lost to the Raiders in back-to-back weeks. But there’s no way Oakland scores on this defense.
Mike: Bills. This has all the makings of a letdown game for the Bills — on the road after a big win last week —  but I honestly can’t justify taking the Raiders in Week 16.

Indianapolis Colts (10-4) at Dallas Cowboys (10-4), Sunday, 4:25 p.m. ET
Ben: Cowboys. The Colts have this thing against tackling players in the run game sometimes, for some reason, which isn’t the greatest trait to have when potentially facing Murray.
Darren: Colts. All four of Dallas’ losses have come at home this year, and if anything more happens to Murray’s hand, this offense is screwed. Especially if Andrew Luck is on the other sideline.
Mike: Cowboys. Assuming Murray is good to go and the Cowboys stick to the gameplan, they should win. That means it might be time to start taking them for real.

Seattle Seahawks (10-4) at Arizona Cardinals (11-3), Sunday, 8:30 p.m. ET
Ben: Seahawks. Arizona might actually be able to corral Seattle’s zone read game, but the Cards’ rush offense isn’t productive enough to put points on the board for the third-string quarterback, whose name I won’t divulge to ruin Mike’s rhetorical trivia question below.
Darren: Seahawks. Sorry, Bruce Arians. I really want to pick your team against the odds again. But your team doesn’t have a quarterback, and the Seahawks just look unbeatable right now.
Mike: Seahawks. Quick: Name the Cardinals starting quarterback this week. Now tell me you honestly think he can do much of anything against Seattle’s defense.

Denver Broncos (11-3) at Cincinnati Bengals (9-4-1), Monday, 8:30 p.m. ET
Ben: Broncos. The Bengals have lost two in a row at home and Andy Dalton’s in the spotlight, so the Broncos should be up by 30 by the third quarter with Peyton Manning in the ice bath “losing feeling in his toes.”
Darren: Broncos. Denver picked a great time to completely change its offensive gameplan. C.J. Anderson should have a field day against Cincy’s mediocre run defense.
Mike: Broncos. Dalton, Marvin Lewis and the Cincinnati Bengals in primetime. That is all. 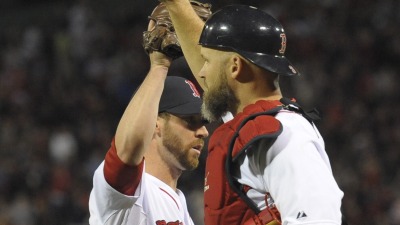 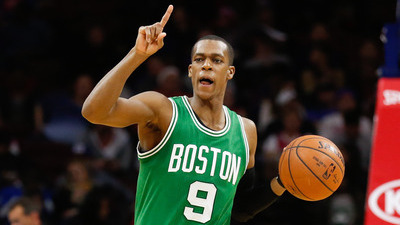