The Patriots started out sluggish on offense and defense, but a franchise-record third quarter sparked a blowout win over a divisional foe.

Jimmy Garoppolo made an appearance, handing the ball off late in the fourth quarter, which can only mean really good and really bad things. In this case, it was good for the Patriots.

If the Patriots can win their final two games, they’ll have a first-round bye and home-field advantage throughout the playoffs.

Rob Ninkovich recorded his eighth sack of the season, tying Andre Tippett’s recorded for most consecutive seasons with at least eight sacks.

Dont’a Hightower and Chandler Jones finished off the drive with an 11-yard sack on Tannehill.

A 31-yard catch by Julian Edelman set up the score.

Fourth quarter, 10:46, Patriots 38-13: Holding the ball for over five minutes was all for naught for the Dolphins. The Dolphins turned the ball over on downs, and the Patriots have possession on their own 15-yard line.

Brandon Browner drew his third flag of the game for a late hit on Brandon Gibson. Gibson responded by taunting Browner, drawing his own flag. Doh.

Browner has 15 flags on the season.

End third quarter, Patriots 38-13: It doesn’t look like the Dolphins are going to catch up in this one. The Patriots came out of the half looking like a different team, and they hold a four-score lead over the Dolphins.

Third quarter, 1:29, Patriots 38-13: It took just three plays for the Patriots to get down the field. Brady hit Edelman for 8 yards in the end zone for the receiver’s fourth touchdown of the season.

Josh Kline was in at left guard for the Patriots on that drive while Dan Connolly was being tended to by a trainer on the sideline.

Third quarter, 2:48, Patriots 31-13: The Dolphins went three and out, and the Patriots’ defense is stepping up to shut down the Dolphins here in the second half.

Patriots-Dolphins Live: Patrick Chung Interception Sets Up Gronk TD; New England Leads 31-13: So much just happened in 13 seconds. Brandon Browner broke up a pass, deflecting the ball in the air and directly to safety Patrick Chung.

On the very next play, Brady passed to Gronk for a 23-yard touchdown. Suddenly, the Patriots are blowing out the Dolphins.

Third quarter, 4:43, Patriots 24-13: The Patriots take a two-score lead after settling for a field goal. Stehpen Gostkowski’s kick pushed him past Adam Vinatieri as the franchise leader in scoring. He has 1,160 career point.

Third quarter, 8:46, Patriots 21-13: The Patriots’ defense did their job, and the Patriots have regained control of this game.

After Malcolm Butler was burned by Mike Wallace, Logan Ryan replaced him in the nickel defense, and Revis is now tracking Wallace.

They came out swinging in the second half, going 79 yards in just eight plays. LeGarrette Blount scored from 3 yards out, but he got an assist from fellow running back Jonas Gray, who picked up 11 yards, and Tom Brady, who ripped off a 17-yard run, juking Dolphins linebacker Philip Wheeler.

Gronk also picked up his first catch of the game, a 35-yarder.

End half, Patriots 14-13: The Patriots are lucky to be leading at all right now. Their offense is struggling to move the ball, and their defense is getting burned on the ground and with the deep ball.

The Patriots need to come out of the half as a different team if they want to win this game.

Second quarter, 0:05, Patriots 14-13: Maybe the Patriots should have showed a little more effort with 47 seconds to go. Ryan Tannehill just hit Mike Wallace for a deep touchdown, and the Patriots are now going into the half with just a one-point lead.

The play originally was called an incompletion, but the replay showed Wallace got two feet down. It appeared that the ball was moving in his arms, but the refs actually reversed the call, meaning they thought it was conclusive.

The Dolphins keep threatening, but the Patriots won’t break. The forced a Dolphins punt and have the ball on their own 15-yard line with less than a minute to go. They’ll get the ball back after the half, as well.

Second quarter, 2:07, Patriots 14-6: Maybe the Patriots really did peak midway through the season.

They’re having trouble getting anything going on offense this afternoon. Brady is just 8 of 15 with 82 yards with an interception. Patriots running back have carried the ball nine times for 21 yards.

The defense and special teams have stepped up. Now they just need to hold on.

Second quarter, 4:26, Patriots 14-6: The Patriots lucked out, as Dolphins rookie running back Damien Williams dropped a deep pass from Ryan Tannehill in the end zone. He beat linebacker Jamie Collins and would have had a TD.

The Dolphins settled for the field goal, and the Patriots still lead by one score.

Second quarter, 7:59, Patriots 14-3: Harmon’s pick set up a quick score for the Patriots. On the third play of the drive, Shane Vereen carried it 3 yards out from the score. LeGarrette Blount started the drive off with a 5-yard run, followed by an incomplete pass from Tom Brady to Brandon LaFell.

The Patriots’ offense is struggling, so they’re lucky to lead 14-3.

Second quarter, 8:41, Patriots 7-3: The Patriots were having a tough time stopping the run, then Ryan Tannehill threw to Mike Wallace, it slipped through his fingers and into the waiting arms of Duron Harmon, who brought it back all the way to 8-yard line.

Second quarter, 12:09, Patriots 7-3: The Patriots’ offense officially has slowed down.

They can’t move the ball on the ground, and the ball seems to be coming out of Tom Brady’s hand a little funny.

The Patriots were forced to punt, and the Dolphins have the ball on their own 10-yard line after a solid punt by Ryan Allen.

End first quarter, Patriots 7-3: The first quarter ends as the Patriots have the ball on their own 35-yard line, facing second and 9.

Outside Julian Edelman’s three catches for 37 yards and 6-yard rush, the Patriots’ offense has sputtered so far.

First quarter, 0:59, Patriots 7-3: The Dolphins made it 60 yards down the field after picking off Brady, but they had to settle for a field goal as their offense was eaten up by the Patriots’ defense inside the red zone. Devin McCourty closed out the series with an impressive end-zone pass breakup on Dolphins tight end Charles Clay.

First quarter, 5:46, Patriots 7-0: After the Patriots were doing a solid job working down the field by throwing to Julian Edelman, Tom Brady tried to target Brandon LaFell, and he got picked off.

Dolphins linebacker Jason Trusnik tipped the pass and reeled it in for the interception. The Dolphins have the ball at their own 34-yard line.

First quarter, 8:21, Patriots 7-0: The Patriots forced the punt on that series. The Patriots have the ball on their own 20-yard line after Julian Edelman wasn’t able to get anywhere on his punt return.

Chandler Jones has been playing defensive tackle while on the field with Akeem Ayers and Rob Ninkovich. That’s a pretty intimidating front seven for the Dolphins’ offensive line. The Patriots should be able to generate some pressure this afternoon. Dont’a Hightower and Jamie Collins should see some blitzing opportunities, as well.

The Dolphins opened their drive with a 50-yard deep completion to receiver Mike Wallace, who was being covered by rookie Malcolm Butler for reasons unbeknownst to anyone but Bill Belichick.

The Dolphins then sputtered and had to attempt a field goal, which linebacker Jamie Collins blocked and cornerback Kyle Arrington returned for a TD.

The Patriots opened in a base defense with Jonathan Casillas and Chris Jones staring over Akeem Ayers and Chandler Jones. Butler started over Browner.

First quarter, 15:00: Vince Wilfork, Devin McCourty, Matthew Slater and Dan Connolly are going out for the coin toss for the Patriots.

UPDATE: The Dolphins called tails, it came up heads and the Patriots chose to defer.

The Patriots’ full team is on the field for pregame warmups. Akeem Ayers, as usual, is at linebacker, though he’s almost exclusively played as an edge defender in games for the Patriots.

Chandler Jones lined up as a starter at defensive end during pregame warmups. I don’t expect him to play 100 percent of the team’s defensive snaps this afternoon, coming off an injured hip.

11:30 p.m.: Here are the Patriots’ inactives for this afternoon’s matchup against the Dolphins:

That means defensive end Chandler Jones and linebacker Dont’a Hightower are active and will play against the Dolphins.

It would be smart, especially with how well Akeem Ayers is playing, to ease Jones back into the defense as a third-down sub pass-rusher. Coming off a hip injury, Jones might not be ready to play 100 percent of the Patriots’ defensive snaps.

Here are the Dolphins’ inactives:

11:11 a.m.: We’re just under 20 minutes away from knowing whether New England Patriots star defenders Chandler Jones and Dont’a Hightower will suit up against the Miami Dolphins.

The Patriots were able to beat the San Diego Chargers last week without the two third-year pros, using Akeem Ayers and Jonathan Casillas — both of whom were acquired midseason — to fill in for Jones and Hightower, but they’ll need both starters for the playoff stretch run. Jones has been out since Week 7 with a hip injury, while Hightower missed Week 14 with a shoulder injury suffered a week prior.

If you’re looking for some pregame reading, look no further.

Here are five reasons why the Patriots shouldn’t lose to the Dolphins, as they did in Week 1, again.

If Jones or Hightower can’t go, linebacker Jamie Collins will need to step up. Collins’ teammates called him the most athletic player on the Patriots this week.

Patriots head coach Bill Belichick motivated his team with some Week 1 post-win quotes by the Dolphins. Former Patriots safety Don Jones explained what makes Belichick such a great coach this week, as well. 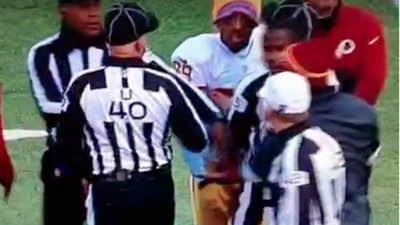