The New England Patriots are masters of disguise.

One of the biggest reasons for the Patriots’ recent success on defense is their versatility and unpredictability. The Patriots swap from Cover-1 man coverage (one safety covering the deep half of the field) to Cover-2 (two safeties splitting the deep half) and Cover-3 (two cornerbacks and a safety dropping back into the deep half of the field) zone interchangeably. The last thing an opposing quarterback should do is assume the Patriots will stick with one look throughout a game.

The Patriots began in man coverage Sunday, then switched to zone on their next drive. They wound up playing man on over 50 percent of plays, and they even use hybrid looks at times.

The Patriots blanked the Miami Dolphins in the second half of Sunday’s 41-13 win. They forced two turnovers and sacked quarterback Ryan Tannehill four times in the final quarter.

Check out this week’s film review to see how the Patriots throttled the Dolphins:

QUARTERBACK
– Brady struggled in the first half, and it looked like the ball was coming out of his hand wobbly at times. Four of Brady’s passes were tipped at the line, two were low, one was underthrown deep and two were overthrown deep. He was hit while throwing twice, he was bothered by pressure once and wide receiver Julian Edelman dropped a pass.

– The Dolphins made it tough for Brady to throw to tight end Rob Gronkowski, but Brady fit the ball through tight windows on three completions to his biggest target in the second half. Here’s Brady’s window to Gronk on his 27-yard touchdown. Cornerback Jimmy Wilson (right) tracked Gronk down the field, and safety Reshad Jones (left) was slightly late with help over the top.

RUNNING BACKS
– LeGarrette Blount never quite got going against the Dolphins, and his offensive line wasn’t doing him many favors. Blount thrives on patience and being able to get rolling after hitting a big hole.

– Jonas Gray shows a burst that Blount doesn’t possess off the snap to hit an open hole. I think he should get more opportunities moving forward, though Blount is the bigger home-run hitter between the two backs.

– Shane Vereen had a nice catch and run, but he had a tough time getting going in the run game. He scored a 3-yard touchdown in the second quarter when the Dolphins were busy double-covering a split-out Gronk.

Brady checks to a run and sends Vereen in motion when he sees Gronk, lined up the right, double covered.

WIDE RECEIVERS
– Outside of Edelman’s drop, the 5-foot-10 receiver was dependable again for the Patriots, catching seven of Brady’s 10 targets. He’s eight catches and 28 yards away from his second consecutive 100/1,000 season.

– Edelman showed off impressive balance, picking up a first down on a 15-yard catch and run in the first quarter.

Edelman is lined up at the top of the screen as the “Z” receiver. He runs a hitch route, avoids two tacklers, stays on his feet and picks up the first down.

– Brady overshot Brian Tyms on a deep pass in the third quarter. The decision was sound, since both safeties dropped down to cover Gronk, but Brady has struggled hitting receivers on go routes all season. Tyms is at the top of the screen single-covered. Brady’s pass just missed Tyms’ outstretched arms as he ran past cornerback Cortland Finnegan.

TIGHT ENDS
– Brady made his targets to Gronkowski count, hitting the big tight end for 34-, 27- and 35-yard completions. Gronk was double covered often, with either a safety or linebacker at the line, and a safety ready to pick him up on a deep route. That meant that Brady’s passes to the tight end had to be perfect.

– Dolphins safety Reshad Jones did a tremendous job against Gronk, blanketing the big tight end when he was in man coverage.

Gronkowski also saw a couple snaps at fullback. That’s not a bad lead block that sprung Gray for 14 yards.

OFFENSIVE LINE
– A lot of Brady’s first-half troubles were related to spotty offensive line play as he was constantly under siege. The Patriots’ O-line has improved since their first meeting with the Dolphins in Week 1, but it’s still not one of Brady and head coach Bill Belichick’s best units. Brady has done a solid job of avoiding sacks this season, and he didn’t go down Sunday against some stout Dolphins pass rushers.

– Dan Connolly injured his neck Sunday and struggled before he left the game, giving up four pressures. Connolly also has been dealing with an ankle injury, and it might be a good idea to rest him and allow Josh Kline to take over at left guard for the final two regular-season games so that the captain is healthy for the postseason.

– Center Bryan Stork appears to be improving as the season progresses. He didn’t allow a pressure against the Dolphins.

DEFENSIVE LINE
– It’s unbelievable that Sealver Siliga went undrafted in 2011 and was available for the Patriots to sign off the street last season. Siliga can be a dominating presence in the middle of the Patriots’ defense, strong enough to hold up against single and double teams and agile enough to make key stops. He finished Sunday with six tackles and a sack in just his second game back from a broken foot.

Siliga, lined up as the one-technique defensive tackle to the inside shoulder of Dolphins left guard Daryn Colledge (No. 67), fends off his blocker, slides down the line and tackles running back Lamar Miller from behind for a 1-yard gain.

Here, Siliga, lined up at three-technique defensive tackle, stands up Shelley Smith (No. 66) and tackles Miller for no gain.

– Chandler Jones recorded seven pressures in his first game back from a hip injury. He slid inside to defensive tackle when Akeem Ayers, who took a reduced role, also was on the field.

LINEBACKERS
– Dont’a Hightower was fantastic against the run, as the Patriots allowed just 2.9 yards per carry to running backs.

Siliga (No. 96) blows up this play by shoving Colledge into pulling center Samson Satele. Hightower (No. 54) reads the toss perfectly and guides Miller out of bounds for a 5-yard loss.

– Jamie Collins recorded five pressures and had another solid game, though he did get beat by rookie running back Damien Williams on a deep route. Collins was lucky Wiliams dropped the target.

Collins (No. 91) blitzes up the A-gap with Hightower, sending ends Ninkovich and Ayers back into coverage. Collins jukes Satele and trips up Tannehill, and Siliga cleans up for the sack.

CORNERBACKS
– The Patriots spent most of their time in Cover-1 man, but they also mixed in zone concepts. Darrelle Revis started the game in the slot on rookie Jarvis Landry, then switched to Mike Wallace in the second half after rookie Malcolm Butler faltered against the speedy wideout.

– Revis allowed just three catches on five targets for 23 yards in the game.

– Butler allowed a 50-yard catch on the first play of the game and a 32-yard touchdown on the Dolphins’ final play of the first half — both to Wallace. Kyle Arrington briefly took over covering Wallance until hurting his hamstring in the second quarter. Logan Ryan covered Landry and allowed two catches on five targets for 29 yards in the second half.

SAFETIES
– Devin McCourty was all over the field for the Patriots, covering deep and in man coverage against tight end Charles Clay. He made a touchdown-saving deflection late in the first quarter.

Clay is positioned inline on the Dolphins’ offensive left on this play, and McCourty showed he has maintained the 1-on-1 skills that earned him a first-round draft selection as a cornerback in 2010 by tracking Clay into the end zone and deflecting Tannehill’s pass.

– McCourty was covering the deep half of the field on Wallace’s touchdown, but he got a late start helping out in coverage while keying in on Clay. Tannehill’s eyes never came off Wallace on the play.

– Duron Harmon and Patrick Chung both intercepted passes. Browner probably should have been called for pass interference on Chung’s pick, since he got to running back Lamar Miller before the football.

– Harmon returned his pick 60 yards, setting up the Vereen touchdown. 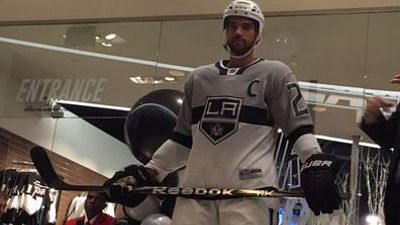