The Washington Redskins president and general manager held his season-ending press conference Wednesday, and delivered one of the best/worst quotes of the year — just in time, too. After finishing a disappointing 4-12 season, Allen had some odd optimism about the future of the team.

?We?re winning off the field, but we’ve got to start winning on the field,? he said.

Just to recap: The Redskins’ name controversy continues to be a hot topic, they finished dead last in the NFC East and reports emerged that Robert Griffin III, who was benched by Jay Gruden earlier in the season, was losing the locker room.

But, sure, Washington is definitely winning off the field. Whatever you say, Mr. Allen. 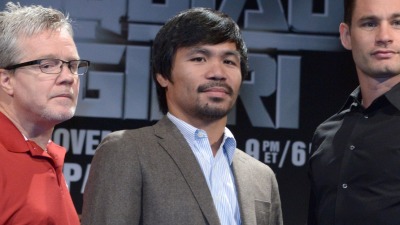 Patriots Scrimmage Is A Hit Among Players; Defense Wins By A Field Goal