Brandan Wright, in fitting with his aviation-themed last name, could find Boston was just a stopover before heading on to a new NBA destination.

The Celtics have been in contact with the Cleveland Cavaliers in facilitating a three-team trade, ESPN.com reports, with Wright specifically named as a potential piece. The 6-foot-9 big man would bring frontcourt help to a Cavs team reeling from Anderson Varejao’s foot injury.

Wright, 27, came to Boston as part of last week’s Rajon Rondo trade. He’s a springy rebounder and shot-blocker, and his $5 million expiring salary would fit within Cleveland’s $5.2 million trade exception.

Brandon Bass is also believed to be on the block for Boston, but his $6.9 million salary doesn’t fit Cleveland’s trade exception, and the Cavs cannot combine player salaries with the trade exception to make a deal fit under collective-bargaining rules.

Hence the need to get a third team involved to pull off any mutually beneficial trade.

The Cavs have been looking for an extra big man for some time, given Varejao’s injury history, Kevin Love’s shaky defense and Tristan Thompson’s inexperience. But they are short on desirable assets to make a deal of real consequence. Their core of LeBron James, Kyrie Irving and Love are obviously off the negotiating table, and the Cavs are understandably reluctant to deal any supporting player who could help them contend within the next three years.

That leaves the Cavs with a protected 2015 first-round draft pick from Memphis as trade currency, as they cannot trade their own pick. They sent their 2016 pick to the Celtics in this summer’s cash-clearing deal, and NBA rules prohibit teams from trading first-round picks in consecutive years.

Varejao had an MRI scheduled for Wednesday, and the Cavs reportedly feared a torn Achilles. 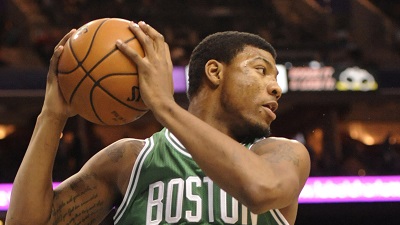 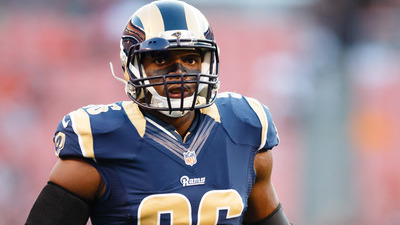