Bill Belichick: Joe Flacco Is 'One Of The Best Deep Ball Passers' In NFL - NESN.com Skip to content

Devin McCourty could be a busy man Saturday when Joe Flacco and the Baltimore Ravens show up at Gillette Stadium.

That’s because the New England Patriots safety will be responsible for patrolling the deep half of the field against Flacco, the Ravens quarterback who has a propensity for down-field prayers.

This season, unlike last year, Flacco’s deep throws have resulted in far more good plays than bad. He’s 21 of 56 on passes over 20 yards with 11 touchdowns, two interceptions and seven drops, according to Pro Football Focus. His accuracy percentage is a solid 50 percent, ranking him sixth among starting quarterbacks, and he threw for 663 yards.

Belichick mentioned Flacco’s deep-ball success during his Monday morning conference call when asked about how offensive coordinator Gary Kubiak, the former head coach of the Houston Texans, has changed the Ravens’ offensive philosophies.

“I think you see an offense very similar to what you saw in Houston, but I?d say Flacco being one of the best deep ball passers in the league with good deep receivers, especially (Torrey) Smith, but (Jacoby) Jones, they?ve got a bunch of them — Steve Smith — they can get the ball down there to several different guys,” Belichick said. “I think that?s an element of it that I?d say is — they did it in Houston too. Obviously, they had Andre Johnson and receivers they could get the ball downfield to, but they do a good job of stretching the defense. They still have their running game and a lot of boots and other play-actions as well. It?s not all boots, but there?s certainly a good amount of those.”

Flacco was a dismal 17 for 88 on deep passes in 2013 with one touchdown, eight interceptions and six drops. His 26.1 accuracy percentage ranked second-to-last among starting quarterbacks.

The Patriots have had varying success against the deep ball this season. They allowed the third-most 20-plus yard passing plays, but only 30 of those came on passes that traveled over 20 yards, and 20 came on throws under 15 yards. The Patriots allowed 30 of 84 deep passes for 875 yards with seven touchdowns and six interceptions. 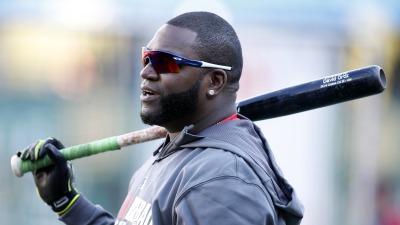