Bill Belichick: Patriots Were Allowed To Use Four O-Linemen, So We Did It - NESN.com Skip to content

Bill Belichick acted befuddled when asked if he expected the NFL to allow him to use a four-offensive lineman set again.

The New England Patriots head coach compared the creative alignment that the Patriots used Saturday in their 35-31 win over the Baltimore Ravens to what he sees on every punting play, and he couldn’t understand why the play wouldn’t be legal.

“I don’t know what you’re talking about. That happens all the time,” Belichick said Monday on a conference call with the media. “You come in on the punt team, and eligible guys are reported as ineligible. They come in as guards and tackles on the punt team. The center — most of the (long snappers’) numbers in the NFL are eligible players that report as ineligible, then they cover punts.

“We see that on offense, we see it a lot in special tams and the punting game. Not so much on field goals because you have your linemen in there protecting. I’d say it happens in every game on the punt team. You’re allowed to do that. We did it. I don’t really understand what the question is. If it’s about the rules, you should talk to the NFL rules people. Let them tell you about it.”

Belichick said he saw an NFL team use a similar set, inspiring the Patriots to use their own.

“It’s a play that — it’s a situation that I saw another team use, kind of,” Belichick said. “We talked about it, thought about ways to put some pressure on the defense with that type of concept to defend more receivers on the field than were actually eligible — to make them ineligible instead of making the ineligible guys eligible, to go the other way around. We came up with a few ideas.

“The origin of that play was from the NFL. What they did wasn’t — it sparked some ideas. That’s what we did.” The Patriots used four offensive linemen and made running back Shane Vereen ineligible on two plays and tight end Michael Hoomanawanui on one. On those plays, Vereen and Hoomanawanui still could catch passes as long as quarterback Tom Brady’s throws went backward.

“Yeah, I think you see it every week,” Belichick said. “I’d venture to say I couldn’t remember a time I haven’t seen an eligible receiver report as an eligible player in the National Football League — I’d say that happens every week.”

Ravens head coach John Harbaugh said after the game that the Patriots were using “obvious deception.” Belichick said he had no response to Harbaugh’s comments. 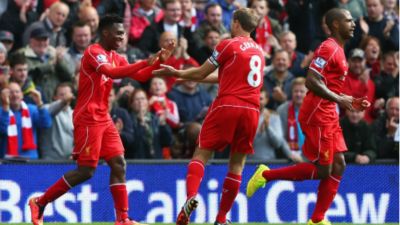