Bill Belichick: Pete Carroll A Great Football Coach; 'I Like Him A Lot' - NESN.com Skip to content

Carroll motivates his Seattle Seahawks with his positive outlook and rah-rah personality. He’s energetic, youthful and doesn’t come across as overly authoritarian.

Belichick motivates players by pointing out their mistakes. He mumbles and grunts through news conferences, and a smile from the New England Patriots head coach is looked at as scarce, even among his players.

That both coaches’ teams found their way into Super Bowl XLIX speaks to how many different styles can be successful in the NFL. Each approach obviously works, however, and Belichick has respect for how Carroll handles his job differently.

“I think Pete’s a great football coach,” Belichick said Monday during a conference call with the media. “His record speaks for itself. I’ve always had a lot of respect for Pete. Pete believes what he believes in. I think that they kind of have their way of doing things, and it works very well.

“Pete’s consistent. He’s got a consistent message. He’s coached pretty much the same type of — has the same type of style, the same, similar type of coaching personality and scheme and just kind of the whole thing for many years now — well over 20 years that I’ve coached against him. I’ve known him through our different competitions in the National Football League, and then in college, when he was at USC, you saw more of that. He had tremendous success there.

“Pete’s a good friend — sit down and talk with him. I’ve talked with him on many different occasions. I really respect what he does, how he does it. His players play hard, they play well, and they — he has a very resilient team with a lot of energy. I think that he’s done a tremendous job in Seattle as he did at SC. He’s a really good football coach, and they have a really good team. I like Pete. I like him a lot.”

Belichick replaced Carroll as the Patriots’ head coach in 2000 after the latter was fired for leading the team to an 8-8 record. Carroll went on to coach at USC for nine years before returning to the NFL with the Seahawks in 2010. Carroll and the Seahawks won last year’s Super Bowl.

The teams will face off Sunday, Feb. 1 in Glendale, Ariz. 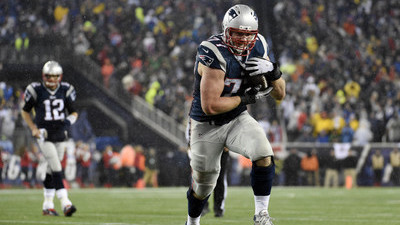