BOSTON — The old adage about the first game back from a lengthy road trip being a killer certainly held true Friday night at TD Garden.

Playing on their home court for the first time in two weeks, the Boston Celtics began their matchup with the Houston Rockets with one of the worst first halves of basketball they’ve played all season. Houston, which was playing without star center Dwight Howard, led by 18 points at halftime, withstood a third-quarter Celtics comeback and held on down the stretch for a 93-87 win.

MOTIEJUNAS-TY
The Celtics actually did a respectable job of limiting Rockets guard James Harden in the first half, holding the NBA’s leading scorer to 11 points on 3-of-13 shooting and allowing him to get to the foul line — Harden’s specialty — just three times. Knowing that, you’d assume the Celtics at least kept the game close up to that point, right?

Wrong. While Harden wasn’t much of a factor through the first 24 minutes, power forward Donatas Motiejunas certainly was. The Celtics had no answer for the 24-year-old Lithuanian, who nailed seven of his nine shots in the first half to rack up 16 quick points.

Motiejunas stayed hot in the second half and finished with 26 points and 12 rebounds, leading all players in both categories.  Harden, meanwhile, never found his stroke, finishing a miserable 4-for-21 from the floor.

STARTERS SILENT
Brandon Bass was the player of the game for the Celtics, driving to the rim with authority all night to finish with 17 points and eight boards. Boston’s other four starters, however, failed to make much of an impact, at least on the offensive end. Jared Sullinger, Evan Turner and Avery Bradley all were cold, going a combined 9-for-35.

Turner did not see the floor in the fourth quarter.

Tayshaun Prince (13 points) and Marcus Thornton (17 points, 4-for-6 from deep) added some much-needed scoring off the bench, Marcus Smart did an excellent job of checking Harden in the second half, and Zeller struggled from the field (2 of 8) but pulled down a team-high 11 rebounds.

HALFTIME ADJUSTMENTS
The Celtics didn’t play anything even resembling defense in the first half, and Houston’s athletic bigs took advantage. Motiejunas and Josh Smith (15 points, 10 rebounds) faced little resistance, and the Rockets outscored the Celtics 30-16 in the paint before halftime.

Boston finally picked it up on the defensive end in the third, however, and they did so in a big way. The Rockets managed just nine points on 4-of-20 shooting in the frame after scoring 29 in the first and 31 in the second, and they turned the ball over eight times. The Celtics scored just 22 points of their own in the quarter, it was enough to trim their deficit to just five.

The Celtics stuck with the Rockets well into the fourth, getting to within three on three occasions, but never could close the gap.

Up next: The Celtics host the Miami Heat on Super Bowl Sunday. Don’t worry, tipoff is scheduled for 1 p.m. 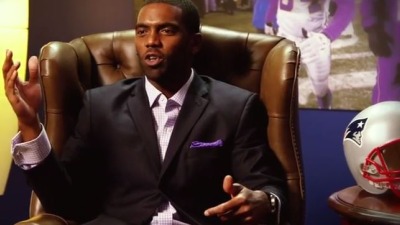