Craig Breslow?s offseason has been far from ordinary.

Breslow, who recently agreed to a one-year, $2 million contract with the Red Sox, dived into free agency after Boston initially decided not to exercise the left-hander?s $4 million option. He dived in with both feet, making personal sales pitches to interested teams in order to explain his shaky 2014 season.

?In terms of the process, it was exciting, it was unsettling,? Breslow recently told WEEI.com?s Rob Bradford. ?I feel like if I were coming off of my 2013 season, it probably would have been a much more opportunistic and exciting time. But the body of work I had over seven or eight years spoke to the capability of me as a pitcher.?

Breslow is coming off the worst season of his major league career. He posted a 5.96 ERA in 60 relief appearances spanning 54 1/3 innings, prompting the Red Sox to explore other avenues before ultimately circling back to the 34-year-old southpaw. Breslow expects to bounce back in 2015, though, largely because he?s fully healthy, as opposed to last season, when he was worn down following Boston?s World Series run.

?Last year, I started throwing after the New Year and felt like I never really caught up to where I would like to be — having gotten such a late start (and) not feeling so great when I picked up a ball,? Breslow told Bradford. ?It was never like I picked up the ball, started throwing and never looked back. I hit some bumps along the way. But ever since I picked up a ball on Nov. 1, I?ve been able to build up arm strength, increase distance, intensity and volume every step of the way and feel really good.

?A part of my decision-making (in free agency) was influenced by feeling like I owed something to this organization based on how I left in 2014.?

Breslow?s free-agent journey featured a trip to San Diego, where the pitcher marketed himself to teams at the Major League Baseball winter meetings. He said he met with Red Sox general manager Ben Cherington toward the end of the 2014 season, but it was only after the lefty tested the open market that the sides realized there was a match.

Now, Breslow is prepared to silence his critics.

?Only a handful of guys go through their career without some season that is an outlier. But everyone will go through a career with one season being their worst,? Breslow told Bradford. ?Now, the fact that mine came on the cusp of free agency, that?s not how you draw it up. Still, I think there were a number of teams that appreciated the big picture and the body work and that there were a number of things that went into the disappointment of my 2014 season and that I was very much motivated to change that.?

Breslow is a good pitcher who had a bad year. It hurt his wallet, but it didn?t damage his confidence. 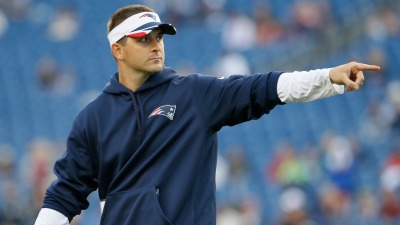 Steven Gerrard ‘Humbled’ By Support, Vows To Fight On For LFC (Photo)