Devin McCourty undoubtedly is one of the NFL’s premier safeties, which somehow remains one of the New England Patriots’ best-kept secrets.

That might be because while McCourty is as solid as they come, he rarely makes otherworldly plays. It’s not really his fault, though. Opposing teams do a fairly good job of throwing away from the Patriots deep-high safety because they know he’ll make them pay.

McCourty did just that Saturday night in the Patriots’ 35-31 win over the Baltimore Ravens.

McCourty slid between free safety, cornerback and strong safety and was targeted four times by Ravens quarterback Joe Flacco. McCourty allowed just one catch for 17 yards while breaking up two other passes. He also intercepted Flacco as the QB was going after cornerback Logan Ryan.

Thiskind of game will get McCourty noticed as one of the top safeties in the NFL. It’s a joke that the Patriots captain wasn’t named to the 2014 Pro Bowl or All-Pro teams, and voters might be regretting their decisions after the Patriots’ win.

Check out the rest of NESN.com’s takeaways from Saturday’s Patriots win:

Revis was called for a legit holding penalty and a ticky-tack pass interference flag, and he allowed two receptions for 22 yards and a touchdown. Most cornerbacks would be just fine with that kind of game. It’s understandable that Revis is held to a higher standard, however.

PATRIOTS DIAL BACK THE PRESSURE
The Patriots went heavy on zone coverage against the Ravens, which forced them to be less aggressive with their pass rush. Linebackers Dont’a Hightower and Jamie Collins mostly were used in coverage, and pass rusher Akeem Ayers didn’t receive a single defensive snap.

If anything, that means that the Patriots still can add more wrinkles to their pass defense before the postseason is over. The Patriots’ pass rush was fine against the Ravens, but it could be much better with Hightower, Collins and Ayers heavily involved. The Patriots failed to sack Flacco.

PRESSURE GETS TO TOM BRADY
Brady threw just 16 incompletions while targeting his receivers at a 66-percent success rate. Brady wasn’t perfect against the Ravens, but as usual, he made many smart decisions rather than taking costly sacks.

Seven of Brady’s incompletions, including his interception to Daryl Smith, were poorly thrown passes by the Patriots quarterback. Most of Brady’s passes were either too high, too low and too far in front or behind his receivers. He appeared to not see Smith on his interception, however.

Three of Brady’s passes were dropped by his receivers. Edelman dropped a pass that was slightly thrown behind him, and tight end Rob Gronkowski and running back Shane Vereen also dropped targets.

Brady threw another incomplete pass to Gronkowski, but it was neither’s fault that the catch wasn’t made. Gronkowski was having his arm held by Ravens linebacker C.J. Mosley, and the penalty went uncalled by the refs.

Brady’s other five incompletions were because of pressure allowed by his offensive line. Brady wasn’t quite under siege in this game, but that’s likely because he was getting rid of the ball so quickly, especially when the Patriots were able to string some drives together in the second half.

Center Bryan Stork left the game with a knee injury, and the Patriots have to be hoping it’s not serious. Right guard Josh Kline struggled after he came into the game, and the Patriots don’t have a better backup interior offensive lineman.

Bill Belichick: Patriots ‘Have To Play Better’ After Outlasting Ravens 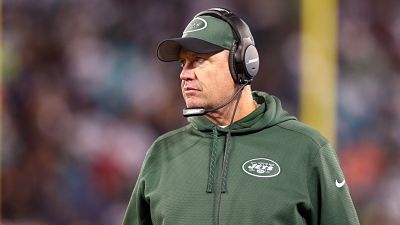