BOSTON — The Bruins played one of their best games of the season Thursday night in a 3-0 win over the New Jersey Devils at TD Garden.

The B’s dominated in just about every facet of the game and earned a 43-14 shots on goal edge as a result. The victory extends Boston’s point streak to six games, and it’s just the team’s second win in the last half of a back-to-back this season.

1. Bruins Earning More Power Plays
Boston has ranked at the bottom of the NHL in power-play opportunities all season, but it has earned quite a few in the last couple games.

The Bruins had five total power plays in the three previous contests entering Thursday, and they had three against the Devils, all in the first period. Boston even had 1:08 of 5-on-3 power-play time in the opening period, but it failed to register a shot on goal.

The B’s received a late first-period power play when Jaromir Jagr held Chris Kelly in the neutral zone while the two battled for possession of the puck. Milan Lucic snapped a nine-game goal-less drought with a power-play tally shortly after, with Zdeno Chara setting a good net-front screen in front of Devils goalie Cory Schneider.

The Bruins still rank 30th in power-play attempts with 97, but their success with the man advantage over the last few weeks (one power-play goal in six of the last nine games) is encouraging.

2. Bruins Dominated Puck Possession
The Bruins had a 25-6 shot attempt edge in the first period, and they controlled puck possession by such a wide margin that the Devils weren’t able to try a single shot in the final 10:47 of the opening frame. Zero Bruins had a negative Corsi at even strength in the first 20 minutes. The Bruins had a 39-19 shot attempt edge through two periods and finished with a 68-36 advantage overall (59-32 in favor of Boston during 5-on-5 play). Every Bruins player was on the ice for more shots for than against, except Gregory Campbell. Torey Krug led all B’s with a plus-16 Corsi at even strengths (20 shots for, four against).

A strong forecheck, winning puck battles along the walls and cleaner, quicker breakouts all contributed to the Bruins winning the possession battle and setting a season-low in shots on goal against (14).

Rookie right winger David Pastrnak played alongside David Krejci and Brad Marchand on the top line, while Reilly Smith took injured Loui Eriksson‘s spot at right wing on the third line with Carl Soderberg and Chris Kelly. The Bruins’ fourth line consisted of Jordan Caron, Gregory Campbell and Craig Cunningham. It played well and had a few good attacking-zone shifts. Most importantly for the Bruins, the fourth line wasn’t out-shot at even strength, which allowed Julien to roll four lines and keep all 12 forwards fresh.

“I?m not going to change anything until I feel the need to change things,” Julien said. “But (Paille) is skating as good as I?ve seen him skate so far this year. He seemed energized, and (Lucic) is finding his game again. So that line?s been good for us, and the other lines, too, are good.

“(Krejci) is playing with different players, trying to find him some players that have chemistry with him, and (Marchand) has had some. Pastrnak, his skating tonight put their D?s on their heels. I thought four lines, six D?s did a great job for us tonight in winning this hockey game.”

Julien doesn’t change up his lines too often, but injuries and different players entering the lineup forced him to try some new combos. For the most part, Julien pushed the right buttons, and it’ll be interesting to see how he configures his lineup Saturday against the Philadelphia Flyers.

4. Cory Schneider Played Well Given the Circumstances
Schneider gave the Devils a chance to win with 40 saves on 42 shots (36 for 37 at even strength) for a .952 save percentage. The Bruins did a great job of establishing a net-front presence and creating traffic in and around the crease, but Schneider remained composed and still was able to locate the puck and stop it.

The former Boston College netminder also bailed out his teammates after defensive breakdowns, including one that allowed Soderberg to fire two wrist shots from the low slot, both of which were stopped by Schneider.

“I think 40-plus saves speaks for itself,” Devils general manager (and head coach) Lou Lamoriello said. “(Schneider has) been playing extremely well, and tonight was no different.” 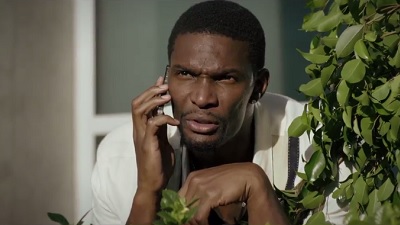