Dustin Pedroia has nothing holding him back as he prepares for the 2015 season.

Boston Red Sox manager John Farrell said Wednesday that Pedroia is completely cleared to resume all baseball activities. The second baseman also expressed optimism regarding his status, telling WEEI.com’s Rob Bradford by phone that he’s ready to hit the ground running after fully recovering from the season-ending wrist/hand surgery he underwent in September.

“If (spring training) started tomorrow, I?m ready,” Pedroia told Bradford. “I’ve got all my strength back. I’m lifting like a maniac. I’m pretty excited. Last year at this time, I couldn’t hit yet. It’s obviously a lot different offseason this year than last year.

“I’m full-go. I’ve been throwing, hitting, taking some ground balls. I’m ready to go. … I’m done with the rehab. I haven’t missed a beat. I haven’t had my strength like normal for few years. I’m excited.”

Pedroia posted career-low numbers in 2014 after sustaining an injury early in the season. It was the second consecutive year Pedroia gutted through an ailment — he played through a thumb injury all of 2013 — and the 31-year-old clearly has been hampered as a result.

While Pedroia earned his fourth Gold Glove award last season, the three-time All-Star hit just .278 with seven homers, 53 RBIs and a .712 OPS in 135 games. It was a far cry from Pedroia’s typical offensive production, and the Red Sox’s hope is that a healthy and productive offseason will lead to bigger and better things this season.

“You go through times you have some injuries, have to have some surgeries, things like that. You just have to prepare the best you can,” Pedroia told Bradford. “When we won the World Series (in 2013), I had surgery and there’s time you have to rest and recover, so I got a late start and it caught up with me. Now I’m full steam ahead. I’m ready, I feel strong, and there’s nothing I’ll be thinking about when I get on the field other than winning games.”

The Red Sox didn’t win many games in 2014, as they finished last in the American League East with a 71-91 record. Things are looking up for Boston, though, and Pedroia’s health is a major cause for hope. 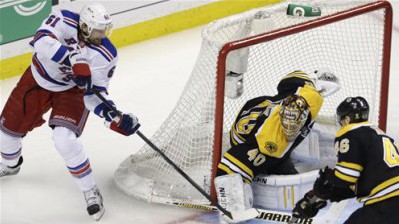 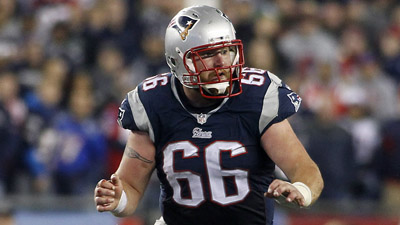