Don Shula is the winningest coach in NFL history, but that didn’t stop him from taking a cheap shot at New England Patriots head coach Bill Belichick.

The former Miami Dolphins coach — who led his 1972 team to the league’s only perfect season — was profiled by the Sun Sentinel for his 85th birthday this week, when he was asked about Belichick.

Shula, of course, was referring to the infamous “Spygate” scandal of 2007, when a Patriots assistant was caught filming the New York Jets’ signals from the field at Giants Stadium. Belichick was docked $500,000 — the largest fine ever handed out by the NFL — but commissioner Roger Goodell concluded the filming had no impact on the outcome of the game.

That was the first game in what wound up being an undefeated regular season for the Patriots.

Shula’s comment is a little odd, especially considering the Hall of Fame coach usually isn’t very vocal or controversial. Also, the Patriots lost the Super Bowl to the New York Giants that season, so Shula remains the only coach with a perfect record. Belichick likely will never top Shula’s 328 wins either, as the 62-year-old, who has 211, would need 12 more 10-win seasons to do it.

The comment is something you’d expect from a rival fan rather than arguably the greatest coach of all time. Shula has nothing to gain from making it, and it’s naive to believe the “Spygate” transgression has any significant effect on Belichick’s overall success.

Regardless of why Shula said what he did, he might not want to plan any trips to his Providence, R.I., steakhouse — or the rest of New England — too soon in the future. 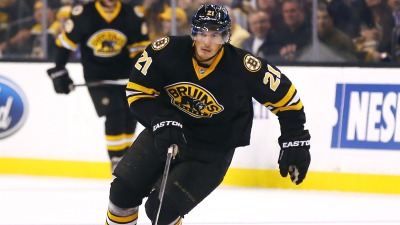 Loui Eriksson Out For Bruins-Devils After Being Slashed Vs. Penguins (Video)