Julian Edelman Admired Tom Brady From Afar, Then QB Had Him 'At Hello' - NESN.com Skip to content

FOXBORO, Mass. — Julian Edelman has become a master of the one-liner in the New England Patriots’ locker room this season. Like Mitch Hedberg with a fútbol haircut.

The wide receiver will lull you to sleep with foggy answers replete with Bill Belichick-fed cliches. Then, out of nowhere, he’ll deliver the line of the century.

It was quarterback Tom Brady who had the Patriots receiver “at hello” when the two first met in 2009. Edelman was a former college quarterback hoping to catch on with the Patriots as a wide receiver and seventh-round draft pick, and Brady was a three-time Super Bowl champion coming off a torn ACL.

“Yeah, the first time was here,” Edelman recalled meeting his quarterback at Gillette Stadium. “I ran into him and he goes, ‘Hi, I’m Tom Brady.’ And I go, ‘Yeah, you are.’ It was a cool moment and something you probably won’t forget.”

Edelman and Brady, nine years apart in age, grew up 10 minutes from one another. Edelman attended Woodside (Calif.) High School, and Brady went to Junípero Serra High School in San Mateo, so Edelman could relate to the legend right away.

“We were both Bay Area kids, represented by the same people, by Don Yee and those guys at Yee & Dubin Sports,” Edelman said. “So, it was always pretty familiar. We’d be able to talk about Woodside High School, Serra, sandwich spots and these types of things. I guess we kicked it off from the start. He had me at hello.”

There it is. Brady had him at hello.

Edelman admired Brady from afar well before the two became teammates. Brady was a local hero in the Bay Area after gaining fame with the Patriots, when Edelman was in high school, watching the QB win his Super Bowls.

Edelman started playing quarterback as a junior in high school, and though he doesn’t quite have Brady’s size, accurate arm or lack of athleticism, he could relate to him.

“I loved him,” Edelman said. “Especially because he was from the area that I was from, and his fiery attitude and his competitive ways and how he just was always the underdog, never good enough. All of those things made me attracted towards being a fan of him, and it’s been a privilege to get to play with a player of his caliber.”

Edelman admitted that his first meeting with Brady was a bit surreal, but he had to get over it quickly. Patriots players aren’t taught to fawn over their teammates, and Brady makes it easy by being “one of the guys” and an unquestioned leader, even as he’s found himself at the head of the team’s current DeflateGate controversy.

It didn’t take the two long to get close, and their bromance over the last two years has warmed the hearts of many a Patriots fan.

Brady calls Edelman a pygmy; Edelman says Brady is “20 years older” than the rest of his teammates.

Brady runs down the field to greet Edelman in the end zone after an 84-yard punt return touchdown; Edelman shakes his head in approval at Brady’s excitement.

Brady and Edelman’s connection off the field is great, but it wouldn’t matter as much the two weren’t so dangerous on it, as well. Edelman followed up last season’s 105-catch, 1,056-yard, six-touchdown effort last season with 92 catches for 972 yards and four touchdowns in 2014. Those numbers would have been even greater if Edelman didn’t miss his final two games with a concussion.

Patriots fans excited that Edelman signed a four-year contract with the Patriots can partially thank Brady. Edelman said shortly after signing the deal that he couldn’t leave his “dawg.”

It’s unlikely that Edelman could have found similar chemistry with a different quarterback. Who else would get off the comfy bench to greet him in the end zone after an exhausting return?

“A lot of the guys were a factor,” Edelman said about re-signing with the Patriots. “The coach, being around here. Obviously (Brady)’s a huge factor of — the relationship we have, the player he is and the position he plays. That’s always a huge factor of where someone wants to play who is dependent on a guy that delivers the football.” 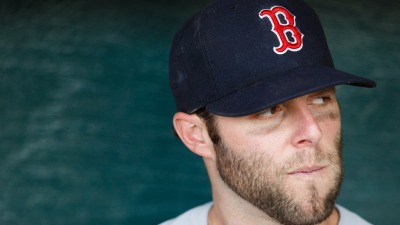 Patriots’ DeflateGate Controversy Could Be Explained By ‘Scientific’ Theory