FOXBORO, Mass. — It was pretty easy to transcribe the New England Patriots’ thoughts on the latest controversy surrounding the team.

A report came out of Indianapolis on Sunday night that the NFL is investigating a claim the Patriots deflated footballs in Sunday night’s 45-7 AFC Championship Game win over the Colts. A league spokesman confirmed to NESN.com that the NFL indeed is looking into the matter.

Patriots players didn’t have much to say when asked about deflated footballs, and none of them seemed very bothered by the report. Wide receiver Julian Edelman was even able to find some humor in the situation.

“I don’t know anything about it,” Edelman said Monday in the Patriots’ locker room. “It’s funny to think about stuff like that. It is what it is.”

Edelman said the balls he caught “felt fine.” Defensive tackle Vince Wilfork pointed out that he probably wouldn’t know if a football is deflated or not.

“I don’t know anything about that, buddy,” Wilfork said. “I don’t touch footballs. I tackle.”

Left tackle Nate Solder, who caught his first NFL touchdown pass Sunday night, said he was just happy he pulled in the football. He wasn’t thinking about its inflation.

“Yeah, I don’t know anything about that,” Solder said. “Nothing.”

Head coach Bill Belichick said the Patriots will cooperate with the NFL in their investigation into the claim. 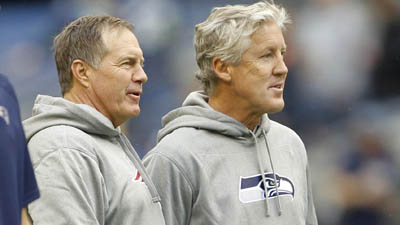 Bill Belichick: Pete Carroll A Great Football Coach; ‘I Like Him A Lot’ 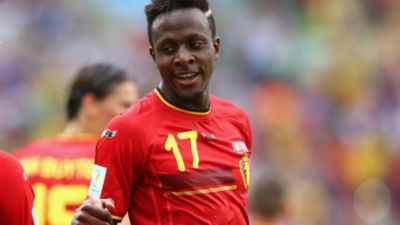